Robin “Rob” Holmquist,  age 61, of Milbank, SD, died on August 5, at Avantara in Milbank. Private family services will be conducted at a... 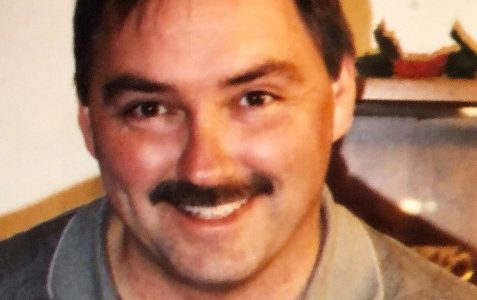 Private family services will be conducted at a later date.

Robin Roy Holmquist was born on February 11, 1960, in Webster, SD. He was the oldest of four children born to Atley and DeLilah (Froslie) Holmquist. Rob attended elementary school in South Dakota. His family moved to Clarkfield, MN, when he was a teenager. His father, Atley, managed the local elevator in town, and his mother, Dee, worked as a nurse. He enjoyed golfing and fishing with his dad while growing up.  He graduated from Clarkfield High School in 1978. He attended college at the University of Minnesota, Morris, for one year, and was on the golf team.  During college, he met Jennifer Shelden, and they married on July 12, 1980, at Alexandria, MN.

While in Alexandria, Rob and Jennifer were blessed with three sons: Ryan, Alexander, and James. Those were happy and busy years. The family enjoyed vacationing, playing golf, tennis and foosball together. In 2009, Rob and Jennifer divorced, and Rob purchased the Manor Motel in Milbank, SD, where he resided for eleven years. He enjoyed playing piano and caring for his dogs.

In February of 2021, Rob suffered a stroke and was later moved to Avanterra Rehab Center, in Milbank.

Rob was preceded in death by his parents, grandparents, and sister, Brenda.