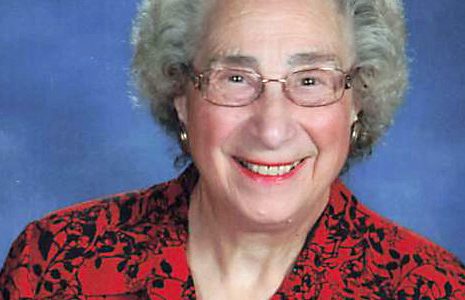 A funeral service will be held on Thursday, August 26, 2021, at 10:30 a.m. at Mundwiler Funeral Home in Milbank. Visitation will be one hour prior to the funeral service. Burial will be in St. Paul’s Cemetery, Albee. SD.

Rose Augusta Annett was born July 14, 1927, in Grant County, SD, to Robert and Clara (Froemming) Annett. She was confirmed at the St. Paul Lutheran Church by Pastor George Waltz and attended Revillo High School. At age 14, she moved to San Francisco to live with her sisters: Phyllis and Flora. After graduating from high school, Rose married, and later divorced, Edward Lee, with whom she had one son, Allan Edward Lee.

In 1957, Rose met and married Edgar Ostby, an electrical engineer working for RCA under government contract. Together they travelled the world! They moved to Douglas, AZ, to Janul, CA, and then Guam where they lived for three years. From 1959 to 1970, they lived in Hayama, Japan, where Rose taught English to students. They returned to the United States, living in Anchorage, AK, Kailua, HI, and Bowie, MD, before settling in Plymouth, MN. Edgar passed away in 1986 and Rose continued to live in Plymouth until 2009, when she moved back to the San Francisco/Healdsburg area to live with her sister, Flora.

Throughout her life, Rose’s one constant was her love of the Lord. She shared her faith with everyone around her through praising Him and prayers. She led many Bible studies, both in churches and in her home. She also had a heart for the elderly and needy and even created a meal program for seniors at one of her churches. Rose was also caretaker for many close to her through the time of their deaths.

She will be missed by many friends and relatives from all around the world.

She is survived by her grand-daughter, Tiffany Averill of Pflugerville, TX; two great-grandchildren; along with many nieces, nephews, and friends.

Rose was preceded in death by her parents, husband, Edgar, her son, and ten brothers and sisters.