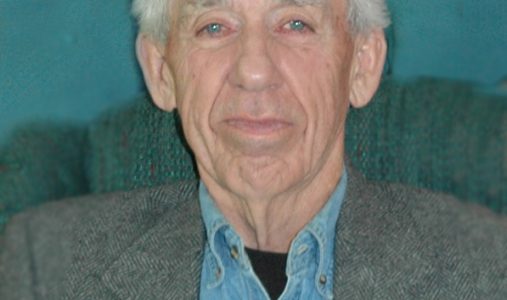 Memorial services will be held on Saturday, September 25, 2021, at 11:00 a.m. at Valley Baptist Church in Milbank, SD. Visitation will be held one hour prior to the service. Reverend Brian McFaden will officiate the service and burial will take place at a later date.

Donald Kenneth Mether was born on May 21, 1932, in Faribault, MN, to Kenneth B. and Florence (Ormston) Mether.

Don was a Combat Medic Specialist for the United States Army during the Korean Conflict. After his discharge, he worked for the Northern Ordinance Plant in Minneapolis and obtained his pilot license. He attended Souls Harbor Church in downtown Minneapolis and was a member of the T.V. choir. On February 2, 1957, Donald was united in marriage with Fern Standlea in the Oak Knoll area of Hennepin County, MN. Two children were born to this union.

In 1969, Don started his career in the United States Postal Service as a mail carrier. He transferred to Riverton, WY, and ended his career as a Postmaster in Dayton, WY. After early retirement, the family moved to Lac qui Parle county, MN, and later moved to Nassau where he lived until the time of his passing.

Don loved gospel music and taking his family to concerts in Sioux Falls, SD, and Cedar Falls, IA. Don really enjoyed the concert series he put together in Marshall, MN.

Don always told his children to slow down on Highway 24. He’d say, “You don’t need a ticket.” When he was taken to Madison Hospital, he was escorted by the Sheriff and had lights and sirens the whole way, so he didn’t get a ticket!

Left to cherish his memory are his wife of 64 years, Fern Mether of Nassau, MN; children: Dorene and Ken of the family home in Nassau, MN; and Cruiser, (his therapy fur-baby); sister, Lucile (Charles) Clapp; brother, Robert (Carol) Mether; sisters-in-law, Blanche Holmquist and Ann Terp; along with numerous nieces and nephews and great-nieces and nephews.