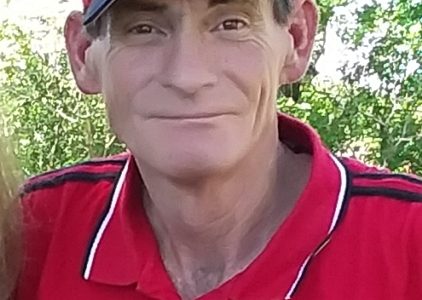 A memorial service will be held at 10:30 a.m. on Saturday, September 18, 2021, at Morton City Cemetery in Morton, MN. Pastor Shannon Wachter will officiate the service.

Terry Lee Nemitz was born on February 6, 1966, in St. Paul, MN, to Richard, Sr. and Rachel (Owen) Nemitz. He was baptized into the Methodist church. Terry grew up in the Cologne, MN, and the surrounding area. In 2010, he moved to Odessa, MN.

On August 12, 2011, Terry was united in marriage with Lori Ann Schroeder.

Terry was a hard worker and worked many different jobs. He did carpentry, well drilling, was a heavy equipment operator, and also did drilling and blasting. In later years, Terry bought his own semi-truck and did independent hauling.

Terry loved horses and motorcycles. He spent 21 years racing motorcycles. Terry was a member of Central Road Racing Association and was also on the volunteer fire department.

Terry was preceded in death by his father, Richard Nemitz, Sr.