Leonard Haliburton, age 96, of Milbank, SD, passed away Tuesday morning, September 28, 2021, at the Milbank Hospital. Funeral services will be held on... 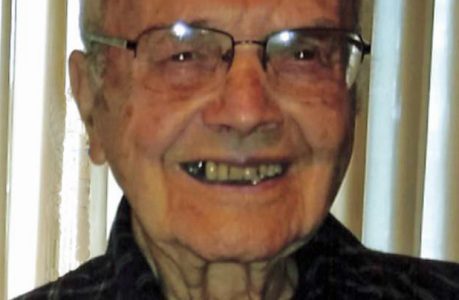 Funeral services will be held on Friday, October 8, 2021, at 2:00 p.m. at Emanuel Lutheran Church in Milbank, SD. Visitation will be held on Thursday, October 7, 2021, from 5:00 p.m. to 7:00 p.m. at Mundwiler Funeral Home in Milbank and will continue one hour prior to the service at the church on Friday. Pastor Timothy Koch will officiate, and interment will be at Milbank City Cemetery.

Casket bearers will be his grandchildren.

The family encourages the wearing of masks for the service. The service will be livestreamed and recorded and will be available at the bottom of this page.

Leonard Haliburton was born on January 8, 1925, in South Shore, SD, the youngest child of Leonard and Mathilda (Malisch) Haliburton. He grew up in the Strandburg, SD, area and graduated from Strandburg High School. Lenny studied Aviation Mechanics in Brookings, SD, for a short time.

Contributing to the World War II effort, Lenny worked for Northwest Airlines in St. Paul, MN, preparing B-24 Bombers for military service. On January 8, 1950, he was united in marriage to Jeanette Moldenhauer. They have made their home in Milbank ever since, raising six sons.

After working for a couple of local auto mechanic shops, he opened Len’s Motor Tune Up on April 1, 1958, retiring, and closing up shop in 2015.

Lenny enjoyed a variety of interests especially old cars. He was well known for restoring old Fords. The Model T and Model A were his favorites. He was a 27-year member of the Milbank Fire Department. He was also a member of Emanuel Lutheran Church and the Lake Region Car Club.

Lenny was preceded in death by three sisters. In lieu of flowers, memorials are preferred.