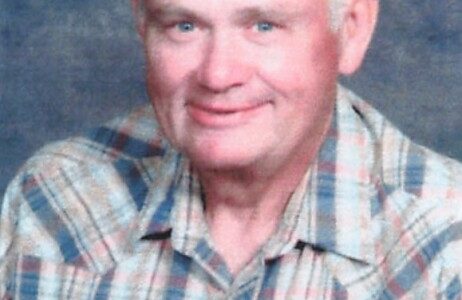 A memorial service will be held on Wednesday, September 29, 2021, at 10:30 a.m. at Hope Lutheran Church in Summit. Rev. Janet Miller will officiate and burial will be in the Hope Lutheran Cemetery with military honors provided by: American Legion, Otto-Quande-Renville Post #50 and VFW Post 3342, Sisseton. Visitation will be held at the church on Tuesday, from 5:00 p.m. until 7:00 p.m.

The organist will be Val Moen and casket bearers will be Roger’s grandchildren: Gavin Wright, Emmett, Jorja, and Levi Whempner.

Roger Wayne Wright was born on February 3, 1943, in Bryant, SD. He was the son of Russell and Mavis Esther (Miller) Wright. He grew up in Bryant and graduated from high school in 1961. He served in the United States Army from December 28, 1962 until his honorable discharge on December 15, 1965.

Roger was united in marriage with Margie Clare Grabow on March 26, 1970, at Hope Lutheran Church in Summit. Roger lived in Rapid City, SD, and Clark, SD, before returning to Summit in 1971 and has since resided. Roger worked for the city of Summit in road maintenance. He worked for John Deere as a mechanic. He was deputy sheriff from 1976 until his retirement in 2000. He was a member of the Summit Volunteer Fire Department and the American Legion Post #50.

Roger loved to fish and hunt. He was a wonderful friend and neighbor and willing to help anyone. One friend commented, “Roger will always be remembered as the first person to be there to help anyone!”