Stanley Lynne, age 84, of Ortonville, MN, passed away on Friday, October 8, 2021, at his home in Ortonville. A memorial service will be... 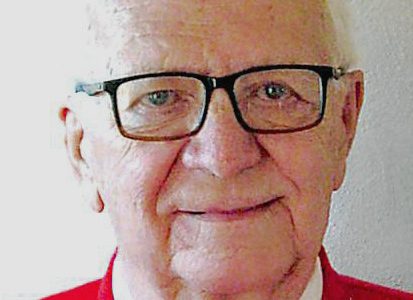 Stanley Edward Lynne was born on March 7, 1937, in Clarkfield, MN, one of eight children, to Arden and Esther (Anderson) Lynne. Following his high school graduation, Stan attended and graduated from St. Cloud State University with a Bachelor of Science Degree in Education.

On December 6,1958, Stan was united in marriage to his high school sweetheart, Shirley Ann Cornelius. They were blessed with two daughters, Debbie and Denise. In 1960, Stan and Shirley moved to Ortonville where Stan taught Biology at the high school for the next 15 years. He went on to further his own education, studying electronics, which enabled him to open his own TV repair business and to work in computer repair.

In his younger days, he enjoyed tennis, golfing, 5K runs, Thursday night poker games, and loved to take a spin on the dance floor. Later in life he enjoyed flying kites from fishing poles, listening to the Twins games, playing Sudoku, and creating clay sculptures.