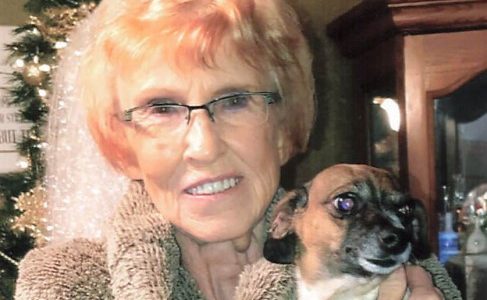 Suzanne Unzen, age 73, of Milbank, SD, passed away on Tuesday, October 12, 2021, at Milbank Area Hospital – Avera Health with her loving family by her side.

Suzanne Kay (Thaden) Unzen was born on January 20, 1948, to George and Esther (Schwandt) Thaden at the Milbank Hospital in Milbank, SD. She grew up on a farm southeast of Marvin, SD. Suzanne attended Mazeppa #1 Elementary School until seventh grade, when the school was closed. She continued her schooling in South Shore and graduated from South Shore High School with the Class of 1966.

Suzanne worked at Milbank Mutual Insurance Company during her early marriage to Matt. She worked at several places in Milbank during her life including: JCPenney Clothing Store, Casey’s General Store, and Midtown Liquor Store. Suzanne later got a job in the accounting department at Unzen Motors. During her time working at Unzen Motors, she earned her bachelor’s degree in business at Mount Marty College in Watertown, SD.

Always keeping busy, Suzanne was involved with many activities during her life. She played in the band at South Shore School, played bells at American Lutheran Church in Milbank, and loved to square dance (even calling once at the dance). Bowling was a big priority for Suzanne. Her team attended many state and national tournaments throughout the years. Golfing was also a large pastime in Suzanne’s life for a few years. She loved country music, especially Conway Twitty, who was her favorite singer. Suzanne had a love for animals and her dogs always had her attention. She also enjoyed traveling and went to many places, such as many countries in Europe, Australia, Norway, and Alaska.

Suzanne had a mind of her own and always told her kids, “I’m a cross between the Schwandts and the Thadens, so what did you expect?”

Grandchildren were so important to Suzanne and each one was the apple of her eye. She always made sure she had chocolate chip cookies available when they would come to visit or when she would go visit them. Suzanne did scrapbooking for all the grandchildren and researched family histories and histories of towns. She spent her summers by getting into her grubby clothes and working on the lawn, painting, or refinishing furniture.