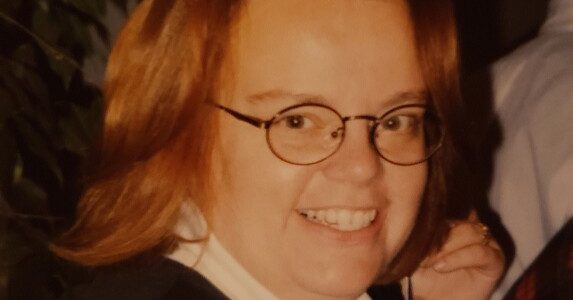 She was born September 18, 1962, in Milbank, South Dakota, the daughter of Max and Dona (Olson) Gruenwald. She graduated from Milbank High School in 1980 and attended the University of South Dakota where she became a member of the Alpha Xi Delta Sorority in which she continued to participate throughout her life.

In 1985, Shari moved to Washington, DC to work for then-U.S. Senator Larry Pressler of South Dakota. She began by answering phones in the Senator’s office, at the start of what would be a more than 33-year career in public service. In addition to Senator Pressler, Shari also worked for Senator Kay Bailey Hutchison of Texas, and Senator John Warner of Virginia, before returning to the service of the people of South Dakota in the office of Senator John Thune, from which she retired in 2018.

During her tenure in the U.S. Senate, Shari supported and managed constituent outreach and support services. She worked through historic times that included the fall of the Soviet Empire, impeachment of a U.S. President, wars in the Middle East, and domestic terrorist attacks including anthrax attacks on the mail system of the U.S. Senate with which she was closely involved on a daily basis. Throughout, she employed her unique abilities to maintain a sense of calm in her working environments, and ensure constituent needs were met in an efficient and timely manner. Shari also served as a mentor to young Senate staff and interns, making certain they were not only prepared to do their assigned work, but also developed professionally at the beginning of their careers.

Above all, Shari treasured spending time with her friends, the circle of which grew ever larger over the years. She loved to travel with them, whether to the capitals and cathedrals of Europe or the beaches of the Delaware Shore. At the same time, she enjoyed nothing so much as staying in her beloved Capitol Hill neighborhood for Friday night card games and Saturday bingo. Shari also delighted in the astonishing collection of stuffed animals she built over the years, especially its signature assemblage of Snoopys.

She is survived by her brother, Lane, of Twin Brooks.  Her parents, Max and Donna Gruenwald, and her brother, Mark, of Sioux Falls, preceded her in death.