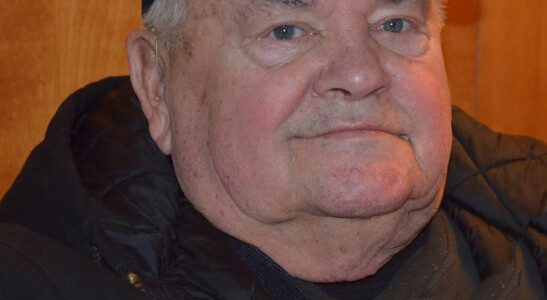 A Mass of Christian Burial will be held on Friday, October 29, 2021, at 11:00 a.m. at St. Lawrence Catholic Church in Milbank. Visitation will be held on Thursday, October 28, 2021, from 5:00 p.m. to 7:00 p.m. at Mundwiler Funeral Home in Milbank with a prayer vigil beginning at 7:00 p.m. Visitation will continue one hour prior to the Mass at the church on Friday. Fr. Gary DeRouchey will celebrate the Mass and interment will be at St. Lawrence Cemetery.

The service will be livestreamed and recorded. It will be viewable below this obituary.

Dale Ralph Dornbusch was born on August 16, 1941, in Milbank, SD.  He was the son of Ralph T. and Alice (Wagner) Dornbusch. Dale grew up in Milbank and graduated from Milbank High School with the Class of 1960. He served in the United States Army, enlisting on October 21, 1960, and was honorably discharged on April 20, 1961. He was released to the Army National Guard of South Dakota and was a member of the 740th Transportation Company. He served for five years and was discharged on June 3, 1966. From his military service, Dale was lovingly given the nickname of “Sergeant Sparky” and was shortened to “Sparky” which has lasted his lifetime.

Dale was united in marriage with Lila Jean Whiting on November 20, 1965, in Milbank. They were blessed with four children: Keri, Conni, Kevin, and Kenneth. Dale farmed northeast of Milbank. He worked hard on the farm, providing for his family. Every year he provided a bottle calf for each of his granddaughters and planted and raised sweet corn for the family to pick and sell. Dale enjoyed attending auction sales to buy and sell farm equipment.

He knew how to balance his hard work with a break from the farm to fish or ride motorcycles. He and Lila enjoyed traveling with friends to places like LasVegas, Hawaii, and Mexico.  After Lila passed, Dale and his lifelong friend, Judy, were “winter Texans.” They extended their time in Texas every year, staying just a little longer. Dale loved his motorcycles! He was a proud owner of a Harley Davidson and an Indian. He did his very best to attend the Motorcycle Rally in Sturgis, SD, every summer.