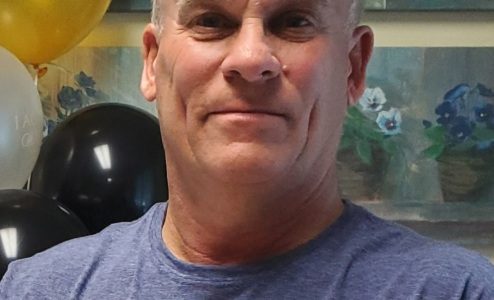 A Memorial Mass will be held on Wednesday, November 3, 2021, at 11:00 a.m. at St. Charles Catholic Church in Big Stone City, SD. Visitation will be held one hour prior to the Mass at the church on Wednesday. Padre Da’vid Garza will celebrate the Mass and inurnment will be at a later date.

The service will be livestreamed on Wednesday, November 3, 2021, at 11:00 a.m. CST and will be available at the bottom of this page.

Robert John Laskowske was born on June 21, 1959, in Milbank, SD, to Delmer and Luella (Whiting) Laskowske. He graduated from Milbank High School with the Class of 1977. Bob lived most of his life in the Milbank and Big Stone City, SD, areas.

On May 6, 1978, Bob was united in marriage with Therese Bear. Together, they raised three children: Jeffery, Dan, and Amy. Bob’s grandchildren meant the world to him; he said each of them had their own, unique personality and talents and he was so very proud of all of them.

Bob was a hard worker and held some different jobs over the years. He worked at Berkner Excavating, at Dakota Granite for 12 years, then worked at Ottertail Power Plant for 31 years. Bob retired in July of 2021 to spend time with his wife, children, and grandchildren.

Bob was a member of St. Charles Catholic Church and was on the church council. He was also a School Board member, T-Ball coach, and Boy Scout Leader. Bob was an umpire for his children and their ball teams when they played. He was a Volunteer Fire Fighter for over 20 years.

In his free time, Bob enjoyed duck and goose hunting, deer hunting, and all seasons of fishing. He also enjoyed camping, especially with his children and grandchildren. When he would take Therese fishing with him, he was very patient with her; always baiting her hook and taking the fish off the line for her. Bob always had a smile on his face and had a story to tell at all times.

Bob was preceded in death by his father, Delmer Laskowske; brother, Wayne (Penny) Laskowske; and father and mother-in-law, Donald and Mary Bear.