Dean Hasch, age 79, of Marvin, SD, died on Thursday, October 28, at Milbank Area Hospital. A celebration of Dean’s life is scheduled for... 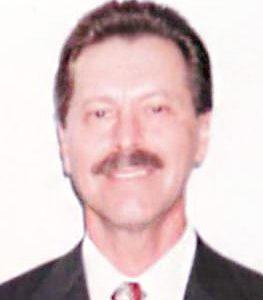 A celebration of Dean’s life is scheduled for June 18, 2022 in Nebraska.

Dean Robert Hasch was born on May 9, 1942, in Stuart, NE, to Arthur and Mildred (Arter) Hasch. He attended country school in Rock County, NE, and graduated from Rock County High School in 1960. Dean went on to attend Wayne State College in Wayne, NE, where he graduated with a degree in secondary education. Dean subsequently attended Kearney State College and earned a master’s degree.

Dean taught for many years in Ohiowa and McCool Junction, Ne. He enjoyed his summers working for McCool Air Service where he made good friends over many years.

Dean married Velna (Thorpe) Lauritsen in Bruning, NE, on June 6, 1987. Dean and Velna retired and moved to the original Thorpe homestead, near Marvin, SD, in 2017.

Dean loved the outdoors: hunting, camping, and especially trout fishing. He enjoyed spending time at his cabin in the Nebraska sand hills hunting deer and turkey, and tending to the land.

He was preceded in death by his parents, sister Linda Sanger, and brothers-in-law Jack Sanger and Bob Brown.