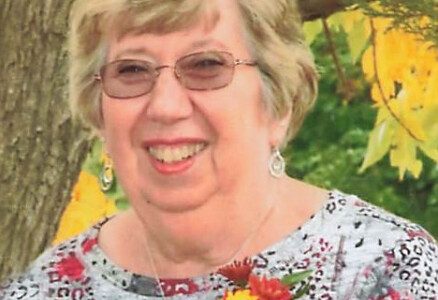 Louise Schmidt, age 81, of Milbank, SD, passed away on Saturday, November 20, 2021, at her home surrounded by her loving family.

A Mass of Christian Burial will be held on Tuesday, November 23, 2021, at 11:00 a.m. at St. Lawrence Catholic Church in Milbank. Visitation will be held on Monday, November 22, 2021, from 5:00 p.m. to 7:00 p.m. with vigil and rosary to follow at the church. Visitation will continue one hour prior to the Mass at the church on Tuesday. Fr. Gary DeRouchey will celebrate the Mass and interment will take place at St. Charles Cemetery in Big Stone City, SD.

Louise Marie (Hennen) Schmidt was born on September 25, 1940, on the family farm in Grandview Township of Lyon County, MN, near Ghent, MN, to Vincent and Victoria (Loyson) Hennen. She was baptized at St. Eloi Catholic Church in Ghent, MN, on September 29, 1940. Louise made her First Communion on May 6 and confirmed her faith at St. Eloi on October 24, 1953.

Louise attended school at St. Eloi Catholic Grade School in Ghent until eighth grade. She finished grade school and attended Central Catholic High School in Marshall, MN, and graduated with the Class of 1958. After graduating high school, Louise worked at the State Bank in Minneota, MN, from 1959 to 1964.

On April 18, 1964, Louise was united in marriage with Herbert Delmar Schmidt at St. Eloi Catholic Church. To this union, five wonderful daughters were born: Nancy, Lisa, Kathy, and twins, Cathy and Connie. Louise and Delmar made their home at Schmidt’s Landing Resort on Big Stone Lake until 1984 when they moved to Milbank. Louise worked at Liebe Drug in Milbank for three years and worked 15 years at State Auto Insurance until she retired in 2001.

Always a faithful woman, Louise was a member of St. Lawrence Catholic Church and the Catholic Daughters. She was also a member of the Old Mill Twirlers Square Dance Club, Milbank Hospital Auxiliary, Country Gals Extension Club, Centennial Study Club, and Queens of the Valley Red Hats Society in Milbank. Louise was a social butterfly and had many friends. She enjoyed fishing and traveling: she traveled throughout the United States, including Alaska and Hawaii; and traveled to Israel. Louise adored her family and life was great!

She was preceded in death by her parents: Vincent and Victoria Hennen; infant twin daughters, Cathy and Connie Schmidt; grandson, Andrew Schmidt; father and mother-in-law: Herbert J. and Eleanor Schmidt; as well as many aunts, uncles, and cousins.