Leon Jurgens, age 86, of Wilmot, SD, passed away on Wednesday, December 1, 2021, at Wilmot Care Center. A Mass of Christian Burial will... 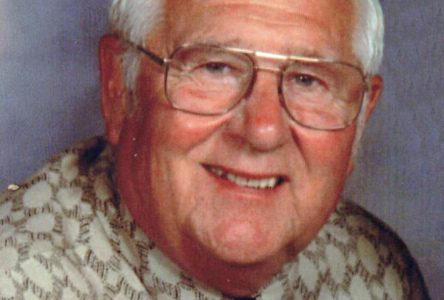 A Mass of Christian Burial will be held on Thursday, December 9, 2021, at 10:30 a.m. at St. Lawrence Catholic Church in Milbank. Visitation will be held on Wednesday, December 8, 2021, from 5:30 p.m. to 7:30 p.m. with the vigil beginning at 5:00 p.m. at Mundwiler Funeral Home in Milbank. Visitation will continue one hour prior to the Mass at the church on Thursday. Fr. Gary DeRouchey will celebrate the Mass and interment will take place at Wilmot City Cemetery in Wilmot, SD. A light luncheon will follow the interment at the Wilmot Community Center.

Leon Arnold Jurgens was born on December 7, 1934, in Milbank, SD, to Arnold and Angeline (Kruger) Jurgens. He was baptized and confirmed into the Catholic Faith. Leon grew up in the Wilmot area and graduated from Wilmot High School with the Class of 1952. Following graduation, Leon attended the University of St. Thomas then finished his degree in business at South Dakota State University.

On August 25, 1956, Leon was united in marriage with Shirley Mueller. Together, they were blessed with five children: Kevin, Jeffrey, Debbie, Jerome, and Kari. The family made their home in Wilmot.

Always a hard worker, Leon was willing to do anything he could to help out his neighbors, friends, and family. After graduating from college, he worked at Jurgens and Sons for a few years. He later ventured on his own and started Leon’s Standard, which eventually became Jurgens Oil. In 1987, he sold the business to his son, Kevin. Leon and Shirley started their own endeavor by opening and operating Sodak Park Resort on Big Stone Lake.

In his free time, Leon enjoyed hunting and fishing. He was a great outdoorsman and also loved camping with his family. Leon was so personable and made many friends. He enjoyed spending time at the casino and visiting with anyone who would listen to his story-telling. Leon will be remembered most for his picture taking, singing “Happy Birthday” to his family members and friends on their special day, hanging out with his number one best friend: his cell phone, and giving his great-grandchildren “knuckles” when they visited. He followed the Minnesota Vikings Football and Twins Baseball but more importantly, he followed all the sporting events his grandchildren were involved in. His grandchildren will forever remember having popcorn whenever they would visit grandma and grandpa.

He was preceded in death by his parents; great-granddaughters: Savannah Beumer, Briley Miller, and Baby C.; father and mother-in-law; and brother-in-law, Gordon Hippen.