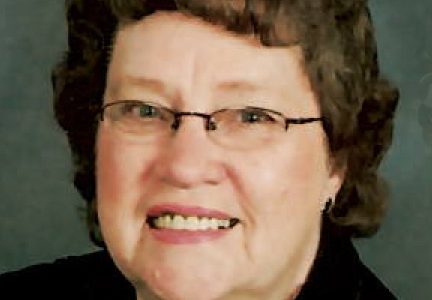 Marianne Joyce Harris was born on January 18, 1938, in Casper, WY, to Marion and Rita (Bush) Harris. Marianne was raised on a farm near Pine River, MN, and graduated high school from Pine River High School with the Class of 1956. Following graduation, Marianne worked at Dayton’s in Minneapolis, MN. She married Allen Ulrich in Pequot Lakes, MN, on September 12, 1964. Marianne lived in Minneapolis until 1973, when she moved to Ortonville, MN. She worked at Polly-Cook-It Restaurant and later worked at the Clinton Nursing Home. She moved to Milbank, SD, in 2000 and worked at St. William’s Care Center and later at Tel-Net.

Marianne loved all sports, but especially the Vikings and the Twins. She was a talented seamstress and an excellent baker. She will be remembered fondly for her banana bread and caramel rolls. She adored her grandchildren and enjoyed attending their activities and sporting events

She was preceded in death by her parents; and sisters: Evelyn Tanner and Clara Ball.