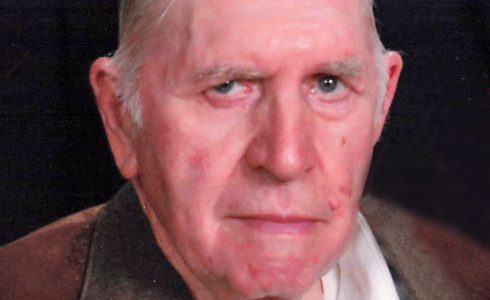 Mass of Christian Burial will be held on Friday, January 14, 2022, at 1:00 p.m. at St. Mary’s Catholic Church in Clear Lake, SD. Visitation will be held on Thursday, January 13, 2022, from 5 p.m. to 8 p.m. at Mundwiler Funeral Home in Milbank and will continue one hour prior to the Mass at the church on Friday. Father Christopher Hughes will celebrate the Mass and committal will be at St. Mary’s Catholic Cemetery in Revillo, SD.

The funeral service will be live-streamed and recorded and will be viewable at the bottom of this page.

Edward Carl Brandenburger was born on February 10, 1935, in rural Revillo, SD, to Bennie and Alma (Rehder) Brandenburger. He was baptized at Annunciation Catholic Church in Revillo. Ed attended rural school in the Revillo area and grew up on the Brandenburger family farm.

On April 7, 1956, Ed was united in marriage with Margaret Pedersen at St. John’s Lutheran Church in Revillo. Together, they raised three children into farm life.

Ed was a hard worker and when he wasn’t working the fields or with the animals, he was monitoring market prices, and checking the crops often. He would later help his son and grandchildren with farm work and made sure they were doing it the “right” way. Along with working the land, Ed took flight instruction and would often go up in his airplane with his son, Martin, or neighbors to check on crops.

When Ed wasn’t farming or thinking about farming, he was active in the Town and Country Club which held dances and social events at the Auditorium in Revillo. He and Margaret had many neighborhood card parties over the years and Ed never turned down the opportunity to play a game of Pinochle. Ed enjoyed going to auctions, checking on his farmland, and doing custom farm work for friends and neighbors. Ed and Margaret did take a few road trips to visit various family and friends and Ed even was fortunate enough to get to visit Germany. He loved his grandchildren and great-grandchildren and cherished every moment he got to spend with them or watching them during their activities. Ed had been a member of St. John’s Catholic Church and attended the Catholic services at the nursing home in Clear Lake.