Robert “Peter Bob” Peter passed away peacefully on January 20, 2022, at Fairway View Neighborhoods in Ortonville. A memorial service will be held on... 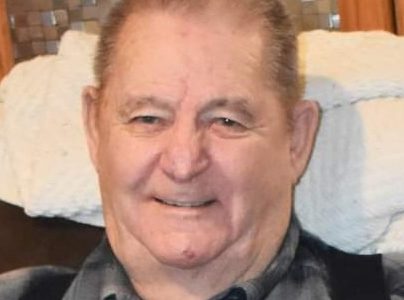 Robert Daniel Peter “Peter Bob” was born to Joseph & Lillian (DeWald) Peter March 29, 1939, in New Effington, South Dakota.  He graduated in 1957 from Tyler MN High School where he was a 3-sport athlete and a starter on the 1957 State entrant basketball team.

In 1966 he met Judy Christensen, “The Love of His Life”, in Minneapolis.  They were married in 1967 at Evangelical United Brethren Church in Big Stone City, South Dakota.  Judy had one brother whose name was also Bob; Grandma Pat had to figure out a way to keep them separate and that is where the now infamous name “Peter Bob” originated. The nickname stuck for the rest of his life!

After moving from Minneapolis to Ortonville he worked as a local electrician for Rensberger Electric, Henningson Electric, Barr’s Electric and eventually becoming a traveling union electrician until he retired in 2001.

Those who knew Peter Bob knew a hardworking man of genuine kindness, and was always very humble, but will mostly be remembered for was his quick wit and snappy comebacks. Peter Bob always loved to help others and was always willing to lend a helping hand when he could.  When daughter-in-law Stacy would call with a request for an electrician…. his response was always, “Now what is it you want me to do?”  He was always such a great sport, but we all know she had him wrapped around her little finger!

One of the highlights of family get togethers was picture time, where he never smiled on the first take and was always being reminded “smile Petey”, much to the frustration of mom, but was actually very humorous for the rest us!  And let’s not forget about his love of going to Doctor appointments; heaven forbid that they be running late!

Peter Bob enjoyed fishing his whole life, taking trips to Canada with friends, fishing the local lakes with best friend Charlie Bartz, where all their stories and plans were hashed out in our garage listening to classic country music! Mostly he enjoyed his weekend trips with Mom to the cabin they owned on Lake Chippewa, where he was able to spend much time in early retirement until they sold it because “mowing two lawns became too much work in retirement!”.

Peter Bob enjoyed time with grandsons Abraham and Jackson: spending many weekends at Grandma and Grandpa’s, taking them fishing at Helen’s cabin. He loved watching their sports when he could and was always supporting them by wearing his beloved Elrosa Saints Hat.

He was preceded in death by his father Joseph, mother Lillian and sister Audrey.