Marlys Darlene Selvig, 85, of Ortonville, MN, passed away peacefully on January 21, 2022, with family by her side at her residence. She had... 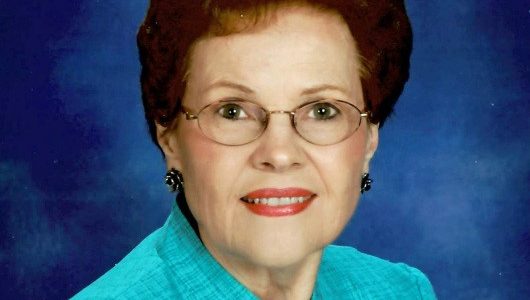 Marlys Darlene Selvig, 85, of Ortonville, MN, passed away peacefully on January 21, 2022, with family by her side at her residence. She had fought a long battle with metastatic breast cancer.

Funeral services will be held on Saturday, January 29, 2022, at 2:00 p.m. at First English Lutheran Church in Ortonville. Visitation will be held one hour prior to the service. Rev. Denise Fossen will officiate, and inurnment will be held at a later date at Riverside Cemetery in Moorhead, MN.

She had a beautiful voice and loved all things related to music, family, and the education of second graders. She enjoyed singing in church choirs and at countless church and family events.

On October 30, 1936, Marlys was born to parents, Palmer and Inga (Aalgaard) Holm at their farm near Halstad, MN. She was the youngest of 11 children.

Marlys attended a country school for about 35 days before being enrolled in first grade in the Halstad school. It was here that her love of music began to emerge when in first grade. She played her little accordion at a school lyceum program; and, later in elementary school, she played the singing role of Mother Goose in an operetta.

In addition to the accordion, Marlys eventually taught herself how to play the clarinet, piano, and organ.

In high school, she maintained a busy schedule and was in many speech activities. Marlys was a member of the debate team and took part in declamation and class plays. She was a member of the yearbook and newspaper staff and representative to the student council.

Participating in music activities continued to be a great joy. Marlys took part in several of them, including being a clarinetist in the band ensembles, Girls’ Glee Club, mixed chorus, and singing solos, one of which included singing between acts of a class play. A treasured memory was singing, “Halls of Day” for two commencements, one of which was her own.

She was chosen to be the representative to Girls State and graduated in 1955 as valedictorian of her class.

In 1955, Marlys entered Moorhead State College, where she majored in elementary education. While there, she was a floor counselor and worked in the placement and English department offices. She sang with the Euterpe Singers and took part in voice recitals and the concert choir.

Marlys was a member of Kappa Delta Pi, an honorary society in education. She graduated with honors with an Associate in Education Degree and a Bachelor of Science Degree.

While at college, she spent some time at the Lutheran Student House, where she met her future husband, Harris Selvig.

On June 24, 1961, she and Harris were married in the Augustana Lutheran Church in rural Halstad, where she had been baptized and confirmed.

The same year, Marlys and Harris moved to Ortonville, MN, where they both accepted teaching positions and worked the rest of their careers before retiring together in 1998.

They joined First English Lutheran Church upon arriving in Ortonville, where Marlys enjoyed singing in the church choir, and singing solos at many funerals and other church functions.

Marlys and Harris raised two sons. She had an untiring willingness to teach and encourage learning with her boys. She hosted countless birthday parties, served with distinction as a Den Mother for her sons’ Cub Scout troops, faithfully attended her sons’ extracurricular events, and fostered a warm home environment.

The couple became grandparents in 1997 and embraced the role with gusto, eventually nurturing six grandchildren.

Marlys and Harris celebrated their loving marriage with their 60th wedding anniversary in 2021.

Marlys had a warm, kind, and gentle heart. She will be remembered as a loving and caring wife, mother, grandmother, sister, aunt, and friend. Marlys was full of compassion, joy, and optimism. We will miss her smile, encouragement, and presence.

Marlys is survived by her husband, Harris; sons: Daron (Tami) and Wade (Kathy) Selvig; sisters: Irene and Inez; brother: Morris; and grandchildren: Ava, Anna, and Eden, and Austin, Kayla, and Andrew; along with many nieces, nephews, other family members, and friends.

She was preceded in death by her parents: Inga (Aalgaard) and Palmer Holm; sisters: Myrtle and Eunice; and brothers: Irwin, Herman, Kenneth, Wallace, and Eugene.

In lieu of flowers, Marlys would prefer donations in her memory to be made to the First English Lutheran Church Music Fund or Rice Memorial Hospice.

Marlys’ family extends a special thanks and appreciation to Rice Memorial Hospice and to daughter-in-law, Kathy Selvig for end of life care.