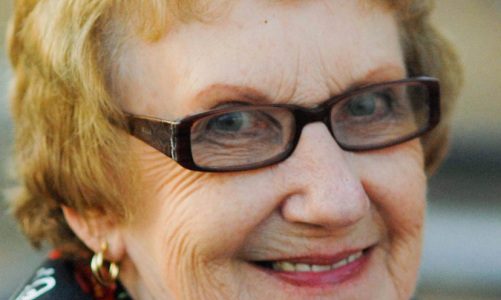 Memorial services will be held on Saturday, February 19, 2022, at 11:00 a.m. at American Lutheran Church in Milbank, SD. Visitation will be held one hour prior to the service. Pastor Justin Neugebauer will officiate, and inurnment will take place at Milbank Cemetery.

Marjorie Beverly Jean (Bakkelund) Keller was born on January 30, 1934, in Montevideo, MN, to Gustav and Minnie (Kleven) Bakkelund. Starting life out with a bang, she was born during a great Minnesota blizzard. Marge attended school in the Montevideo area and graduated from Montevideo High School with the Class of 1951. She went to work for the Bell Telephone Company in Montevideo and Minneapolis. While working in Montevideo, she met the love of her life, Ken Keller.

On May 20, 1955, Marge was united in marriage with Ken in Mt. Vernon, NY, as Ken received a promotion with Cutco Cutlery and Marge was able to work for the telephone company there. The two lived in New York for a while and were blessed with two children: Keith and Linda. Shortly after Linda was born, Ken and Marge moved to Connecticut for a short time and in 1962, they moved back to Montevideo to be closer to family.

Ken and Marge purchased the 212 Motel in Olivia, MN, and managed it for a few years. Moving to Milbank in 1968, Ken and Marge lived out their lives in the area. They purchased the Manor Motel and operated it for about seven years. After partnering with a few other people interested in going into business with them, Ken and Marge built the Millstone Restaurant in 1971.

Following the opening of Ken’s real estate business, Marge kept busy keeping her home, helping Ken manage apartments, and serving with the Milbank Pink Ladies’ Group. She was a member of American Lutheran Church where she served with the Ladies’ Aide. Marge also served with the Order of the Eastern Star, volunteered with Meals on Wheels, and also volunteered at the Milbank Thrift Store.

While Marge always kept busy, in her free time she enjoyed reading, fishing, canning, and gardening. Ken always said she was the best wife and cook in town! She loved to can, and pickles were her specialty. Marge also canned spaghetti sauce, tomatoes, peaches, jams, and jellies. She literally had a “store” that her friends and family could help themselves to her delectable products.

Preceding her in death were her parents; sisters: Helen Lehmann and Mabel Hanson; and brother, Martin Bakkelund.