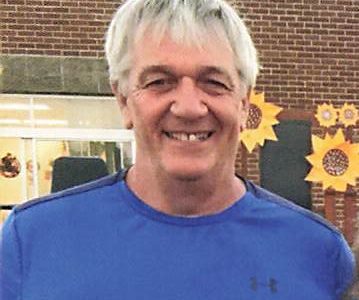 Richard Donald Arthur Benson was born on March 31, 1959, in Ortonville, MN. He was the son of Kenneth Oliver and Lila Marie (Shannon) Benson. Dick grew up in Clinton. He graduated from Clinton High School with the Class of 1977. He continued his education in Wilmar, MN, studying auto mechanics.

He was united in marriage with Melisa Abraham on April 10, 1999, at St. John’s Lutheran Church in Wheaton, MN. Dick and Melisa were blessed with two daughters: Morgan and Carly.

Dick worked a few years for Bystol Oil in Clinton. He purchased the business and continued to operate as Dick’s Auto Repair. He built a new shop in 2001.

Dick was a faithful member of Trinity Lutheran Church in Clinton. As a child, Dick was baptized and confirmed in the Methodist Church. Following his marriage, he joined Trinity Lutheran Church. He was very active and supportive of the Trinity Youth Group and would do anything to help. Dick was a former member and Chief of the Clinton Fire Department. He loved to fish and hunt. He enjoyed farming with his brother and with his father-in-law, and always wished he had more time to spend at the farm.

Most importantly, Dick loved his wife and daughters! He was extremely proud of his girls and supported them with his love and advice.