Marian Benting, age 92, of Milbank, SD, died on February 27, at the Milbank Area Hospital. Funeral services will be held on Friday, March... 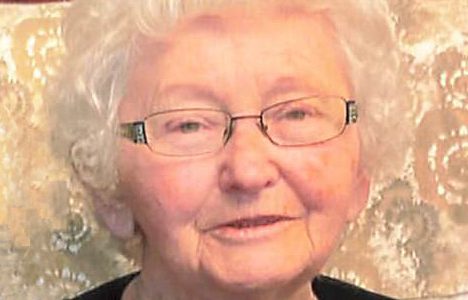 Funeral services will be held on Friday, March 4, at 11:00 a.m. at Emanuel Lutheran Church in Milbank. The Reverend Timothy Koch will officiate. Interment will be in the Milbank Cemetery. Visitation will be from 5:00-7:00 p.m. on Thursday, March 3, at the Mundwiler Funeral Home in Milbank and one hour prior to the services at the church in Milbank on Friday.

Marian Beverly Benting was born on November 4, 1929, in Milbank, SD, to Tom and Alice (Cramer) Miller. She grew up on the family farm and attended Alban No. 2 School through the eighth grade. She graduated from Milbank High School in 1947.

She married Ray Bracht in June of 1950, at the Little Brown Church in Nashua, IA. Three children were born to his union: Debra, Rhonda, and Keith.

On, June 20, 1970, Marian was united in marriage to Charlie Benting at Emanuel Lutheran Church in Milbank. They enjoyed their lake home at Schmidt’s Landing on Big Stone Lake for 30 years, visiting with their neighbors, watching birds, and fishing. Marian and Charlie enjoyed traveling, and were able to visit Germany, Hawaii, and Jamaica, which Charlie won as sales awards. Some of Marian’s favorite destinations in the United States were Colorado, Glacier National Park, and Key West, FL.

During her career, Marian worked at the Mercantile Company, Bracht Transportation, and she was an Avon representative for 45 years. Marian delivered “Meals On Wheels” for four years, and she volunteered as a member of the Hospital Auxiliary for 21 years.