Doris Johnson, age 88, of Ortonville, MN, passed away on Tuesday, March 8, 2022, at Fairway View Neighborhoods. Memorial services will be held on... 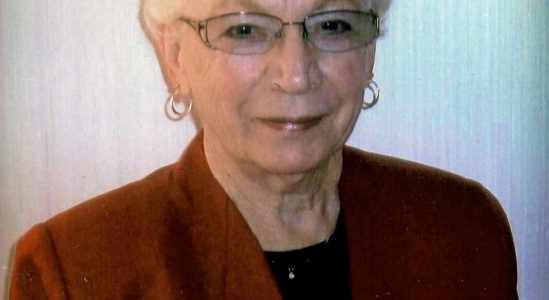 Doris May (Lange) Johnson was born on August 8, 1933, at home on the family farm in Stevens County, MN. She lived on the farm until she was 10 years old, and the family moved to Chokio, MN. Doris was baptized and confirmed at Zion Lutheran Church in Chokio. She attended school in Chokio and graduated from Chokio High School with the Class of 1952. Following graduation, Doris worked at Sears in Minneapolis until she was married.

On January 4, 1958, Doris was united in marriage with Clarence Johnson at Zion Lutheran Church in Chokio. Together, they were blessed with three sons: Kevin, Steven, and Alan. Doris was a hard worker and helped Clarence with farm work and chores while keeping up with her boys and making a home. After they retired from farming in 1986, Doris began waitressing at Cashtown Café and working at Electric Made Bakery in Ortonville. She waitressed at Hilltop Café in and Laguna Beach in Ortonville for several years. Doris also waitressed at Cottage Inn in Big Stone City, SD, up until a few years ago.

Doris enjoyed reading, playing cards, knitting, putting together jigsaw puzzles, and dancing. She spent her winters in Donna, TX, for 30 years and enjoyed the warm weather. She loved going to “Lunch Buddy” day with her great-grandchildren. Doris liked to attend her grandchildren’s athletic and school events. Her family was her pride and joy, and she cherished every moment she got to spend with them.

Preceding her in death were her son, Alan, in infancy; her parents; ex-spouse, Clarence Johnson; brother and sister-in-law, Marvin and Audrey Lange; and brother-in-law, Gary Riba.