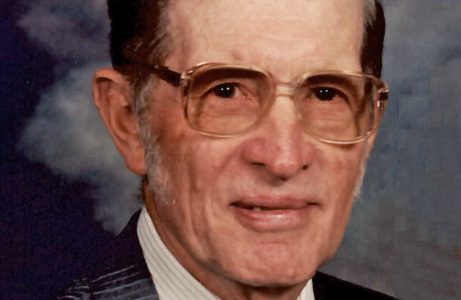 Mass of Christian Burial will be held on Friday, March 25, 2022, at 11:00 a.m. at St. Lawrence Catholic Church in Milbank. Visitation will be held on Thursday, March 24, evening from 5:00 p.m. to 7:00 p.m. with a Vigil beginning at 7:00 p.m. Visitation will continue one hour prior to the Mass at the church on Friday. Fr. Gary DeRouchey will celebrate the Mass and interment will be at St. Lawrence Catholic Cemetery.

Melvin Wilford McCulloch was born on March 7, 1929, in Milbank, SD, to Lester and Lucille (Kelly) McCulloch. He attended school in Milbank and graduated from Milbank High School with the Class of 1948. Following high school, Melvin was inducted into the United States Army and served during the Korean Conflict. He was honorably discharged from the Army and was working as a lineman putting in electricity to many small towns in Kansas and that is where he met the love of his life, Martina Pauline Herman.

On August 31, 1953, Melvin and Martina were united in marriage. To this union, six sons were born. Melvin brought Martina back to Milbank with him and the two made their home on a farmstead just outside of Milbank.

Farming was life for Melvin; He worked hard farming the land and raising cattle, pigs, and chickens, and made sure his boys knew the value of hard work. Melvin was an all-around “fix-it” guy and never turned down the opportunity to fix something: A “Jack-of-all-trades” one would say.

In his younger years, Melvin took a few fishing trips and was spotted on the golf course a couple of times. He enjoyed reading and watching the Minnesota Vikings and Twins play ball. Later in life, Melvin really enjoyed having coffee with his sons or anyone who came to visit, not to mention the ginger snap cookie or two.

Melvin was a very appreciative man and thanked anyone who helped him throughout his life. He also had respect for God, Jesus, and the Holy Spirit. Melvin and Martina were very active in St. Lawrence Catholic Church in Milbank and Melvin was a life-time member of the Knights of Columbus.

Preceding him in death were his parents; wife, Martina in 2017; sons: David McCulloch and Paul McCulloch; sisters: Janice Schultz and Gladys Folk; and brothers: Lyle McCulloch and John McCulloch.

In lieu of flowers, memorials in Melvin’s name are preferred to St. Lawrence Catholic Church or St. William’s Care Center.