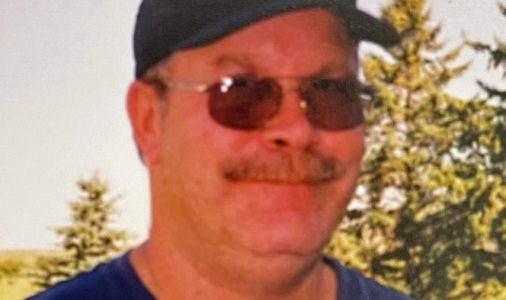 A Memorial Service is tentatively set for May 28, 2022, at Trinity Lutheran Church in Odessa, MN. Time to be announced.

Scott Lee Novak was born on December 22, 1952, in Ortonville, MN, to George and Virginia (Schulte) Novak. He was baptized and confirmed at Trinity Lutheran Church in Odessa and was a Life Member there. He was raised in the Odessa area and attended Odessa Elementary School and attended Ortonville High School. Scott received his GED in Willmar, MN.

Being a “Jack-of-all-trades” kind of guy, Scott lived in several places such as Minneapolis, Mankato, Le Sueur, and finally came back to Ortonville and made it his home. He worked at the Radisson South Hotel, Baker’s Square Restaurant, Morris Rod Weeder and at the Madison Foundry. Scott also worked at the Big Stone County Museum and the Ortonville Senior Center.

In his leisure time, Scott enjoyed fishing, hunting, and was quite the movie buff. He loved spending time with his family, especially his nieces and nephew. They fondly remember him as “Uncle Sock” and “Scooter.” Later in life Scott developed a real eye for taking amazing photos of his family and nature.

Preceding him in death are his father, George Novak; and brother, Kerry Novak.