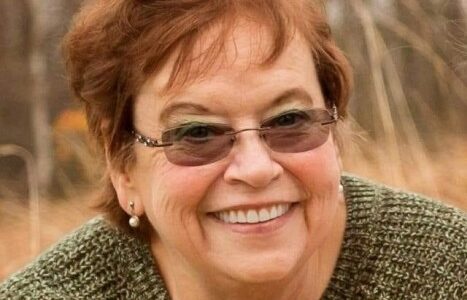 Memorial services will be held on Saturday, April 9, 2022, at 2:30 p.m. at First Presbyterian Church in Wilmot, SD. Visitation will be held one hour prior to the service. Inurnment will be at Milbank City Cemetery.

Kathleen Ann (Gettman) Anderson was born on April 15, 1951, in Browns Valley, MN, to Raymond and Patricia (Allen) Gettman. She grew up in the Browns Valley area and attended school there. Kathy was united in marriage with Wilfred Anderson and together, they were blessed with two children: Angela and Randy. On August 31, 1988, Kathy married David Schwagel and together, they welcomed a daughter, Cora Lee. Kathy was widowed in 2013. On October 10, 2015, Kathy married Orrin “Shorty” Anderson and welcomed Orrin’s daughter, Michelle, into the family. She then became widowed again in 2019.

Kathy’s first job was working at the Red Owl Store in Browns Valley with her Dad, Ray, and Grandpa, Ed. Then she worked at the Browns Valley Healthcare Center as a nursing assistant and also as an EMT for the Browns Valley Ambulance. While earning her CDA license to become a head start teacher, she worked as a police officer for Browns Valley. Kathy was employed at Dakotah Inc., Roberts County as a dispatcher, and Dakota Magic Casino in various departments. When she met her late husband, David, she also helped him run the Browns Valley Coliseum.

Kathy was a strong Christian and was an active member of her church. She enjoyed fishing and loved teaching her loved ones how to fish. Kathy liked to go camping, enjoyed entertaining her family and friends in her home. She loved traveling and took many trips throughout the United States with her family and friends. Kathy was an avid music lover and never turned down a competitive game of cards, a game of Bingo, or a trip to the casino. Most of all, Kathy treasured the time she spent with her family and holiday get-togethers.