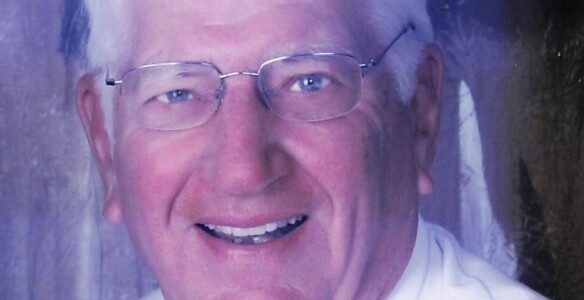 Funeral services will be held on Friday, April 8, 2022, at 2:00 p.m. at Tabor United Methodist Church in Big Stone City, SD. Pastor Barbara McKewin will officiate and burial will be in the Greenwood Cemetery. Visitation will be held at the church, one hour prior to the service.

William Roger Voeltz was born on October 14, 1939, on the family farm in Roberts County, SD. He was the youngest of three sons born to William T. and Grace (Bowman) Voeltz. William grew up in Roberts County and attended rural school and Milbank High School. He continued his education by attending Wahpeton State School of Science, and Hanson Mechanical Trade School in Fargo, ND.

William was united in marriage with Connie Nelson on June 8, 1963, in Wilmot, SD. They were blessed with three children: Deb, Dawn, and William.

Following his marriage, William drove truck and worked road construction. The family moved to Glencoe, MN, and William worked for Schwartz Manufacturing. They moved to Big Stone City, SD, and William opened his own welding shop, Bill’s Welding and Manufacturing. He built a new building in 1970.

William was a hard-working man. While operating his welding business he also worked as a reserve snowplow operator for the D.O.T. He worked for Grant County Highway Department. He was a welder for Bert’s Truck Equipment in Fargo, ND, and worked for the engineers as a welder for Tyler Manufacturing, which is now Case IH in Benson, MN. In his shop he made the Brolin Ice Auger which was used by USGS.

William was a faithful member of Tabor United Methodist Church in Big Stone City and served as Trustee. His Christian faith and kind heart left an impact on many people. William helped nurture and guide individuals during difficult times. He loved to have a cup of coffee with friends. He had a special dog, Snookie, that left a soft spot in William’s heart.

William enjoyed hunting and fishing in the great South Dakota outdoors.  He was a supporter of Pheasants Forever, Rocky Mountain Elk Foundation, the Boys and Girls Club, and Codington County Search and Rescue. He always kept himself busy with projects and coming up with ideas of things to make and tinker with. He put many docks into Big Stone Lake.