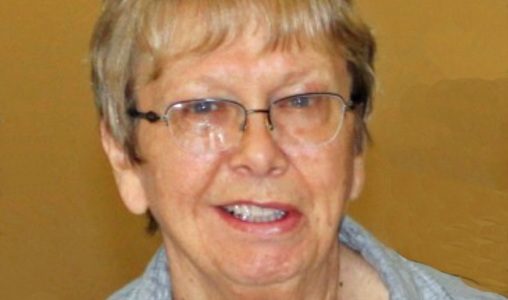 Funeral services will be held on Wednesday, April 20, 2022, at 10:30 a.m. at First English Lutheran Church in Ortonville, MN. Visitation will be held on Tuesday, April 19, 2022, from 5:00 p.m. to 7:00 p.m. at the church with a prayer service beginning at 7:00 p.m. Visitation will continue one hour prior to the service at the church on Wednesday. Pastor Denise Fossen will officiate the service and interment will be at Greenwood Cemetery in Big Stone City, SD.

Marilyn Diane (Dolen) Barnhardt was born on April 2, 1947, in Lake Park, MN, to Olger and Elnora (Rise) Dolen. She was raised in Stockholm, SD, and she attended high school and graduated with the Class of 1965. Marilyn went to finish her education with a degree in Business in Nebraska.

While mutual friends were dating, Marilyn met Roger Barnhardt. They were married in Stockholm, SD on October 28, 1972, and together, they raised four children: Tara, Tamara, Traci, and Jesse.

Marilyn worked as an underwriter for Milbank Mutual/State Auto Insurance for 40 years until her retirement on June 1, 2009.

Marilyn enjoyed summer vacations with her family and one of her favorite pastimes was gardening and canning. You ask her family, and they would tell you that she made the best dill pickles, and she was extremely gifted in the kitchen. Marilyn was a member of the Big Stone American Legion Auxiliary. She enjoyed visiting her children, RVing, and spending time with long-time friends, Jack and Vicki Hathaway. During her retirement, she loved spending winters in Sun City, AZ.

She was preceded in death by her husband, Roger, in 2018; her parents, Olger and Elnora Dolen; parents-in-law, Leo and Darlene Barnhardt; brother, Leonard Dolen; and sisters: Marilyn Dolen in infancy, and Elaine Hofhenke.

At the request of Marilyn’s family, funeral guests should wear pink to honor Marilyn and support breast cancer awareness.