James “Jim” Peterson, 79, of Watertown, formerly of Revillo, died onMonday, April 11, 2022. Jim was in the South Dakota Legislature for many years... 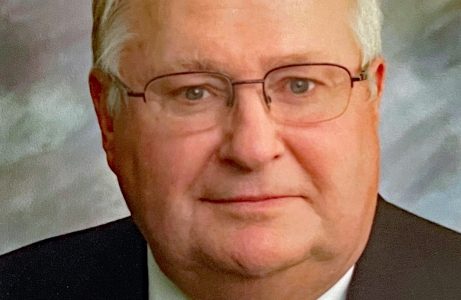 James “Jim” Peterson, 79, of Watertown, formerly of Revillo, died on
Monday, April 11, 2022. Jim was in the South Dakota Legislature for many years where he served in the in the Senate and the House of Representatives.

James “Jim” Russell Peterson was born on March 16, 1943, to Russell and Thresa (Ahartz) Peterson on his grandparent’s farm in Grant County, South Dakota. He was baptized and confirmed at Zoar Lutheran Church in rural Revillo. Jim graduated from Revillo High School in 1961 and in 1964 graduated from Augustana College in Sioux Falls.

On March 22, 1964, Jim married Jane Krause. After his college graduation, Jim taught Junior High School in Parker, SD before moving back to the family farm near Revillo to work with his parents. Throughout his life Jim has worked to make a better life for his family and his community, especially for farmers and the State of South Dakota. He has served on many boards including his church, his township, 10 years at the elevator and 12 years on the school board. He helped establish the ethanol plant at Big Stone, SD, served as president of Northern Growers for 6 years. He was elected to the South Dakota Legislature where he served 6 years in the House and 8 years in the Senate.

Throughout their lives, Jim and Jane have been privileged to travel. Some of Jim’s best memories are his hunting and fishing trips with friends. He counted his greatest gifts his faith, his family, and his friends.

Jim is preceded in death by his parents and brothers-in-law Merl Hamak and Paul Eikanger.