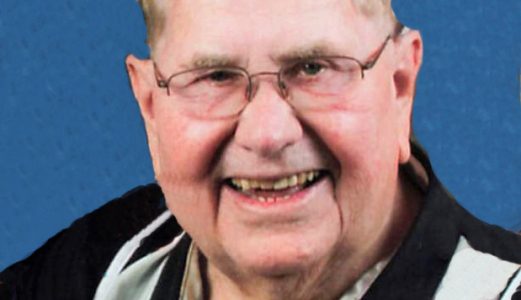 Funeral services will be held on Friday, April 22, 2022, at 2:00 p.m. at Emanuel Lutheran Church in Milbank. Rev. Nathan Neugebauer will officiate. Burial will be at the Milbank City Cemetery. Visitation will be held at the church one hour prior to the service.

Richard Lingwall was born on April 13, 1934, in Roberts County, South Dakota. He was the son of Elmer and Verna (Hecht) Lingwall. Richard lived with his family in Garrison, MN, until 1940. The family moved to Wilmot, SD, and Richard attended Wilmot Public School. He was confirmed in his faith in May of 1950. He drove truck for Otto Barlund. He was united in marriage to Darlene Nelson on May 27, 1956. On December 7, 1956, Richard enlisted in the United States Army; he served until his honorable discharge on November 11, 1957.

Richard returned to South Dakota and lived in Milbank for several years. In 1960, Richard and Darlene moved to Hoyt Lakes, MN, and lived there until 1995; their son, Tim, was born in 1966. Darlene passed away on June 8, 1993. Richard worked in the taconite mines in Hoyt Lakes for 35 years, until 1995.

Richard moved back to South Dakota again, and was united in marriage to Ardell Gore on November 18, 2000. Richard enjoyed fishing, gardening, and he was a huge Minnesota Twins fan.

Richard was preceded in death by his parents: Elmer and Verna Lingwall; brother, Meryl; sister, Marlys; and his first wife, Darlene Lingwall.