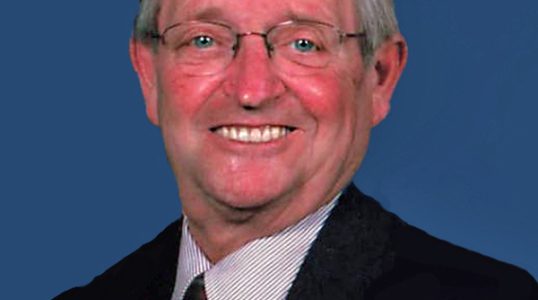 Funeral services will be held on Thursday, April 21, 2022, at 10:00 a.m. at Central United Methodist Church in Milbank. Rev. Dr. DeVern Schwenn and Rev. Thom Bowsher will officiate. Visitation will be held on Wednesday at Mundwiler Funeral Home beginning at 5:00 p.m. with a prayer service at 7:30 p.m. Visitation will continue at the church on Thursday, one hour prior to the service.

Inurnment will be in the Milbank City Cemetery.

James Alvin DeWald was born on December 31, 1939, in Tripp, SD. He was the son of Alvin and Alvina (Hahn) DeWald. Jim graduated high school in 1957, from Fulton High School in Fulton, SD. He attended Nettleton Commercial College. Jim lived in Sioux Falls, SD until 1957, and worked for Northern States Power as an accountant.

Jim served in the United States Army from 1962 until his honorable discharge in 1964. Jim was united in marriage with Joyce Pibal on August 16, 1962, in Mitchell, SD.

Jim and Joyce moved to Davenport, IA, and lived there until returning to Sioux Falls in 1974, where Jim worked for Crescent Electric and Kleenrite Company in sales. They moved to Milbank, SD, in 1976, and have since resided on Big Stone Lake. Jim owned and operated Milbank Marine and Linden Beach Resort.

Jim enjoyed boating and fishing on Big Stone Lake, canoeing on the boundary waters, hunting, and golfing. He was a member of the Elks Lodge in Sioux Falls, SD.