Arthur “Art” Shelstad, age 97, of Odessa, died on Wednesday, April 27, at Fairway View Neighborhoods in Ortonville, MN. A funeral service will be... 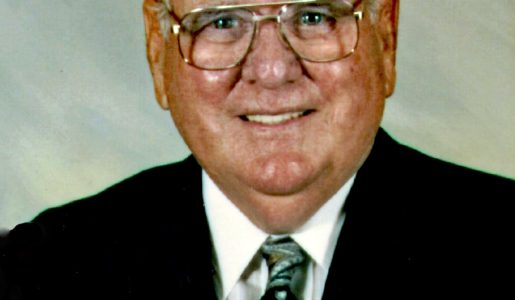 A funeral service will be held at 11:00 a.m. on Wednesday, May 4, at Abiding Faith Free Lutheran Church in Ortonville. Visitation will be from 5:00-7:00 p.m. on Tuesday, May 3, at Mundwiler and Larson Funeral Home in Ortonville, and one hour prior to the service at the church on Wednesday. Burial with Military Honors will be in Mound Cemetery in Ortonville.

Arthur Marvin Shelstad was born on January 12, 1925, in Swift County, Minnesota, to Alfred and Mabel (Stevens) Shelstad. Art attended school in Appleton and worked in farming until he enlisted in the U.S. Army. Art served in the Army from 1945 until his honorable discharge in 1947, serving part of this time in the Asiatic Pacific, including Japan. Art married Dawn Johnson on January 5, 1947. He attended GI school, and eventually they purchased the family farm near Odessa, MN. Art lived on and worked the family farm from 1953 until he retired in 1996. He was able to continue living on the family farm until 2018, when he moved to Fairway View in Ortonville. In addition to farming, Art worked for the ASCS office in Big Stone County, MN. He served for a time on the Odessa Township Board.

Art and Dawn traveled on many day trips when they were able. After his retirement from farming, Art enjoyed activities outside: mowing his yard and tending the flower gardens. He also enjoyed woodworking, crafts, and doing puzzles. He enjoyed baking, especially sweets, and passed on his baking skills to many of his grandchildren. With his acquired patience, he was able to host grandkids for extended stays during the summer months, including them in farm work and fun.

He was preceded in death by his parents, wife Dawn, two brothers, one sister, nephew Michael Lund, son-in-law Boyd Anderson, daughter-in-law Diana Shelstad, and other in-laws.