Don Wiseman, age 86 of Milbank, passed away on May 4, 2022, at Milbank Area Hospital – Avera Health. Mass of Christian Burial will... 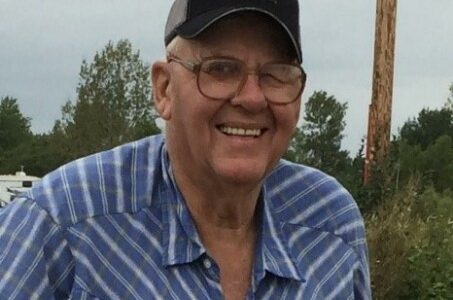 Mass of Christian Burial will be held on Monday, May 9, 2022, at 10:30 a.m. at St. Lawrence Catholic Church in Milbank. Father Gary DeRouchey will officiate and burial will be in the St. Lawrence Cemetery. Visitation will be held at the church on Sunday, from 5:00 p.m. until 7:00 p.m. with a prayer vigil at 7:00 p.m. Visitation will continue at the church on Monday, one hour prior to the Mass.

Donald Ventley Wiseman was born on March 16, 1936, in Milbank, SD. He was the son of Theodore and Cecelia (Giessinger) Wiseman. Don graduated from Revillo High School with the Class of 1954. He was united in marriage with Dorothy Diane Nielsen on October 6, 1956. They were blessed with five children: Cindy, Doug, Ken, Blaine, and Brian. Don married Mary Opseth in 1985.

Don worked for Hunter Granite Quarry for ten years. He worked two years for Davenport Construction Company. He worked two years for the South Dakota State Highway Department. In 1969, Don and his father started their own construction business. Don loved his career as a carpenter and took pride in his work. It was once said that “Donnie Wiseman does a great job, but he makes a big mess!” (quote from a little girl). Don said he retired in 1998 but continued to work almost full time.

Don loved to fish! He also loved sharing his catch with family and friends. He enjoyed hunting and looked forward to his annual west river hunting trip. He enjoyed visiting and sharing a cup of coffee with friends. He loved his grandchildren and great-grandchildren and enjoyed following their activities in school. Don really enjoyed getting out, driving around, and looking at the countryside. He was proud of all the things he had built and remodeled, and enjoyed driving past them again. Don was a faithful member of St. Lawrence Catholic Church.