Henry James Domine, age 36, of Ortonville, MN passed away on June 9, 2022, following a courageous battle with cancer. A Celebration of Henry’s... 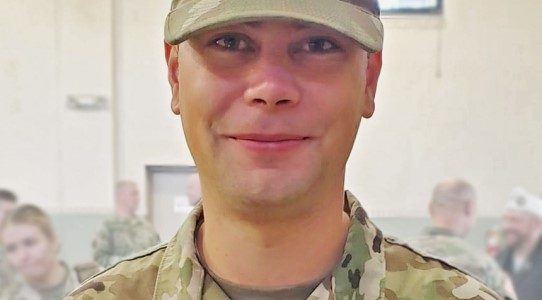 A Celebration of Henry’s Life will be held on Friday, June 24, 2022, at 3:00 p.m. at the Big Stone American Legion, Big Stone City, SD. Inurnment, with military honors, will be held at a later date at the Fargo National Cemetery.

Henry James Domine was born on October 29, 1985, in Jamestown, ND. He was the son of Melvin James and Jacquelyn (Bopp) Domine. The family moved to Ortonville, MN, in 1998, when Henry was in the seventh grade. He graduated from Ortonville High School with the Class of 2004. Henry joined the Army National Guard when he was 17 years old and began his training in Oklahoma.

Henry was deployed to Baghdad, Iraq, in 2004 and served there one year. While there, Henry and his team provided security for the US Ambassador of Iraq.  His tour of duty ended in 2005, and Henry returned to Ortonville. He moved to Fargo, ND, and worked a variety of jobs including working for Strata. He attended Moorhead Technical School for an electrical program.

Henry’s second deployment was in 2009, when he served in Kuwait and provided transportation and long-haul security. He returned to Fargo in 2010, and continued to live and work there, working with the electrical team at Strata. He later began working for the John Deere Company on the production line. He worked there for five years then transferred to the power electronics laboratory and worked directly with the engineers. He worked there a total of ten years.

Henry was deployed for the third time in August of 2020. He was training at Fort Sill, OK, when his cancer was found and diagnosed. He endured several surgeries and returned home to Ortonville to be near his family.

Henry loved to hunt….everything…especially deer. He was a proud supporter of Pheasants Forever and Duck Fest. He organized a youth hunt and started a trap shooting team. He also enjoyed fishing and scuba diving.  He was a “military coin” collector.