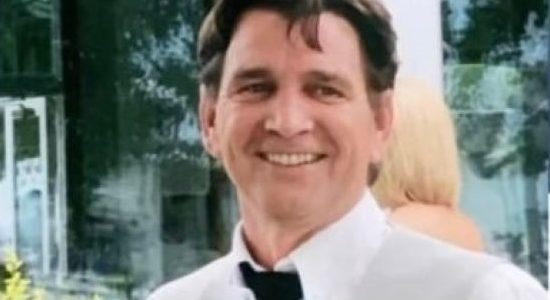 John David Schultz was born June 20, 1960, in Ortonville, MN, to parents Richard and Joyce (Dahlgren) Schultz. Both parents were very active community members with his father a co-owner and founder of local radio station KDIO, while his mother owned and operated The Yardstick Fabric Shop in Ortonville.

Growing up in a county full of lakes and sloughs, John learned to love the outdoors, fishing and hunting and then discovering a new love of airplanes. He learned to fly, doing crop dusting with friends, and achieving his own pilot license, and then deciding on a career as an Air Traffic Controller. John loved his career and worked at it for 34 years until he reached the forced retirement age of 56.

On August 4, 1979, John married Barbara Karels. They were blessed with two daughters, Nicole and Heather. His five grandchildren were his pride and joy. More than anything John loved spending time with his family and friends. He was a kind-hearted man who would do anything for anyone. John’s many friends around the country will join the family in missing this friend, father, husband, son, brother, uncle, father-in-law, brother-in-law and grandfather.

John died October 25, 2021. He was preceded in death by his father, Richard Schultz; brothers Mark Schultz and Paul Schultz. He is survived by his loving family, wife Barbara, daughters Nicole Doering (Jason) and Heather Gradisek (Brian) and five grandchildren, Olivia, Barrett, Kennedy, Isabelle, and Nora; his mother Joyce Schultz, and sisters Valerie and Nancy. A Celebration of Life is planned for Saturday, June 11, from 1:00-4:00 pm at the OMG Hall, 25 Second Street NW (second floor) in Ortonville, Minnesota. A private inurnment will take place at the Yellow Bank Cemetery in Odessa, Minnesota.