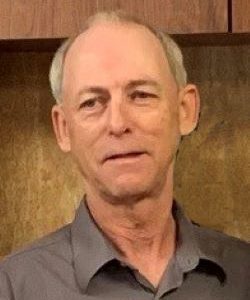 Steven Eugene Lambrechts was born on May 27, 1959, in Milbank, SD, to Eugene and Mary Louise (Sullivan) Lambrechts. He grew up in Twin Brooks, SD and attended elementary school there. Steven attended junior high and high school in Milbank and graduated from Milbank High School with the Class of 1977.

Steve lived in Watertown, Twin Brooks, and Milbank, and was in the United States National Guard for six years. He worked at the Big Stone Cheese Factory, at Wittrock’s Sanitation, and was employed at Dakota Tube.

Always the life of the party, Steve was good at darts and was an avid pool player; he participated in pool and dart leagues at the Backdoor Pub. He also loved to tell a good joke, his favorite being: “Have you heard the one about the jump rope? Oh, skip it.” Steve liked to go fishing, hunting, and never turned down an opportunity to play a card game with his family. Steve was a member of the Gunslingers fastpitch softball team, and played slow pitch softball in his younger years. He also was a sports fan and enjoyed watching the Minnesota Twins and Vikings.

He was preceded in death by his parents, Eugene and Mary.