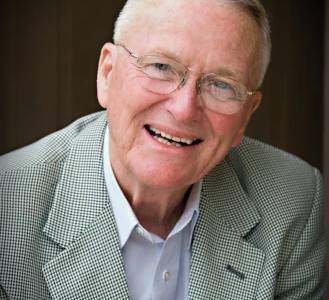 At a very early age Dr. Gess believed God called him to be a medical missionary. Unsure if that was what he wanted, he studied to become a pastor and served congregations in rural Minnesota. But, unable to shake his sense of calling, he yielded his life and ministry to the Lord. And that made all the difference. He met and married the woman of his dreams who also shared a similar call to medical mission work and, together, they served in West Africa as medical missionaries for over 50 years.

Beginning in 1952 Dr. Gess and wife Ruth began their service in Bambur, Nigeria. They then moved to Sierra Leone serving in the towns of Rotifunk, Taiama, Bo and Freetown. In Freetown (Kissy), the Gesses established one of the best eye clinics in Sierra Leone which is still flourishing to this day. In addition to quality eye care offered there, Kissy has also become a center for research related to the Ebola outbreak led by Dr. Steven Yeh formerly of Emory University and now at the University of Nebraska.

Known for his deep commitment to the Lord, his love and concern for the welfare of others, his excellent skills as a medical doctor and surgeon, and his remarkable humility, Dr. Gess leaves a legacy that will carry on long after his “graduation” to eternal life with the Lord.

A celebration of life service is scheduled for 3 p.m. July 17, 2022, at the Alexandria Evangelical Covenant Church. Memorials to Central Global Vision Fund.