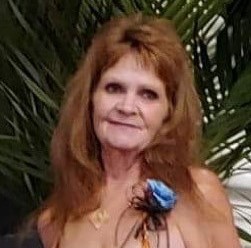 Funeral services will be held on Saturday, July 9, 2022, at 11:00 a.m. at Emanuel Lutheran Church in Milbank. Rev. Tim Rynearson will officiate. Visitation will be one hour prior to the service at the church. A private burial will be held at a later date.

Molly Lynnae Anderson was born December 12, 1956, in Webster, SD, to Ben and Bonnie Anderson. On March 3, 1973, she united in marriage with Danny Grant and together they had four children: Dawn, Dixie, David and Dominic.

Molly worked several different jobs throughout her life and one of her favorites was working at Angela Hall in Milbank, SD, helping care for girls with disabilities. Molly was a member of Emanuel Lutheran Church in Milbank where she helped with the pre-school and helped seek donations for the Orphan Grain Train.

In late 2021, Molly suffered a stroke and moved to Riverview Healthcare Center in Flandreau, SD, for rehabilitation. She passed away unexpectedly due to a blood clot in her lung.

Molly is preceded in death by her parents; infant daughter, Dixie; and two brothers: infant, Gary Alan and Alan Anderson.