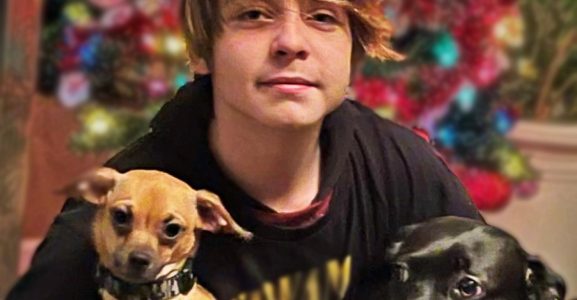 Funeral services will be held on Friday, July 8, 2022, at 2:00 p.m. at Living Word Lutheran Church in Milbank. Rev. Kent Groethe and Rev. Kristy Liebe will officiate. Burial will be at a later date. Visitation will be at the church on Friday, beginning at noon until the time of services.

Bryson O’Niel Rudebusch was born on April 24, 2006, in Sioux Falls, SD. He was the son of Gene and Tina (Mielitz) Rudebusch. Bryson arrived early and weighed 4 pounds 2 ounces. He has lived his entire life in Milbank. Bryson attended school in Milbank and had finished his freshman year at Milbank High School. He worked as a “pizza artist” at Pizza Hut and at the new food truck in Milbank, Tuney’s. He enjoyed cooking and loved to fish.

Bryson loved to make music on Snap. He was called “Lil’ Benis.” He made many amazing songs with his talent. His future was bright.

Bryson was preceded in death by his grandfathers: Richard “Cowboy” Wellnitz and Daniel Rudebusch; and great-grandparents: Niel and Alice Rudebusch.