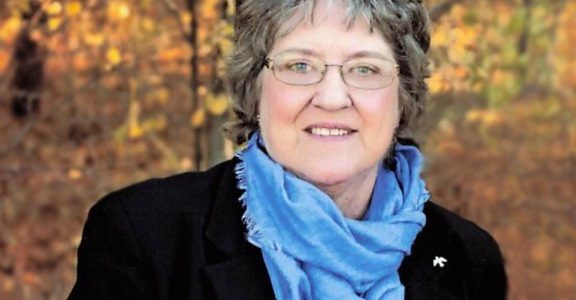 Victoria Olga (Anderson) O’Farrell was born on July 10, 1943, in Duluth, MN. She was the daughter of Victor and Olga (Ugstad) Anderson. Vicky grew up in Minnesota and following her high school graduation attended business school. She worked as a secretary in Minneapolis, MN. She visited Wilmot, SD, with a friend and met her future husband, Raymond O’Farrell. They were united in marriage on October 24, 1964, in Duluth.

Ray and Vicky began their married life on the O’Farrell homestead, living in a “rustic” little house, without running water or electricity. After one year they remodeled a different house on the farm and have since resided there. They were blessed with five children: Marcie, Paul, Kelly, Rita, and Lance.

Besides raising her children, Vicky worked as a waitress at the Lantern Inn for 20 years. She was a bookkeeper for the family businesses: VOR, Inc., Skyline Cattle Company, and Skyline Trucking. Vicky was a member of a home extension club and started and led a 4-H club. She was an avid bowler and enjoyed traveling to many tournaments. She loved to play cards. She was a faithful member of First Presbyterian Church.

Vicky was a wonderful cook and baker. She would cook for the hired crew, feeding 30 men several meals a day. She enjoyed canning and freezing her garden’s harvest. She enjoyed traveling with her daughters: Marcie and Rita, and her sisters and nieces. She always enjoyed visiting her father’s lake cabin in Duluth. Most importantly, Vicky cherished her family. She provided a safe and loving environment for her children. Vicky’s home was a place of joy, laughter, card games, and a safe haven to anyone that stayed or visited. Her loved ones felt grounded, comfortable with what they had, and well rounded.