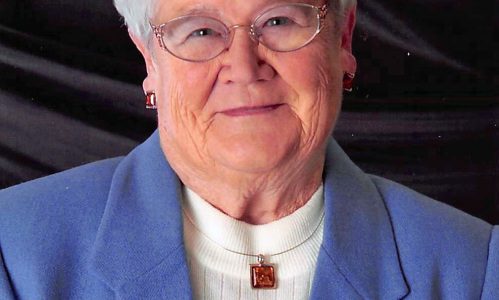 Marlys Elizabeth (Hansen) Chase was born on December 13, 1926, to Merriam and Helga (Mathison) Hansen. She was born during a blizzard. Her grandpa and uncle started out on the Johnson Road headed toward Odessa and they got as far as Stanley’s Corner. The team of horses were tired and so was grandpa, so Marlys’s uncle got a fresh team of Stanley’s horses and left on the cemetery road, picked up Dr. Shelver, and returned to Stanley’s to exchange the horses and they continued on to the farm. When they returned to the farm, and Marlys’s aunt and grandma were there to help deliver Marlys. Dr. Shelver spent the night at the farm during the storm and left the next morning.

Marlys attended school for eight years at good ole’ District 9 which was also the township hall, so they had a holiday every time there was an election. She attended high school in Ortonville and graduated with the Class of 1944.

On March 30, 1946, Marlys was united in marriage with Gayland Samuel Chase of Clinton, MN. They were married by the same pastor who married her parents. Together, they were blessed with seven children. Marlys and Gayland lived in Clinton for two years then moved to the farm where she resided for 70 years.

Mundwiler and Larson Funeral Home of Ortonville is in charge of the arrangements. To leave an online condolence, visit www.mundwilerfuneralhome.net.