Darrel Lindahl, age 93 of Watertown, SD, formerly of Strandburg, SD, passed away on July 29, 2022, in Watertown. Funeral services will be held... 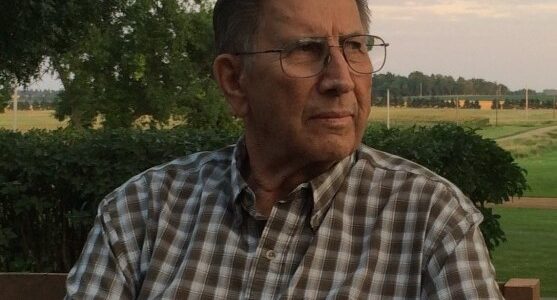 Funeral services will be held on Saturday, August 6, 2022, at 10:30 a.m. at Countryside Covenant Church, rural LaBolt. Pastor John DePalma will officiate. Visitation will be held at the church on Friday, August 5, from 5:00 p.m. until 7:00 p.m. Visitation will continue at the church on Saturday morning, one hour prior to the service. Burial, with military honors will be in the LaBolt Cemetery.

Darrel was born to David and Mary (Hill) Lindahl on March 14, 1929.  He was the oldest of four children.  They were raised on the farm, homesteaded by O.F. Lindahl in 1884.  Darrel graduated from Strandburg High School in 1947.

He was drafted into the United States Marine Corps in 1951 and stationed in Korea. While in service to his country, Darrel was recognized as an expert rifleman and served as a forward observer for a Marine artillery battery. He also received multiple service citations. During his deployment he began corresponding with Muriel Lindholm.  They were married on September 24, 1955.

Darrel and Muriel started married life on a small farm near Strandburg, then moved to Hayfield, MN and Kennedy, MN where they made lifelong friends.  They returned to the family farm in Troy Township in 1963.  He worked hard milking cows twice a day and raising crops.  He sold the cows in 1982 and began working at F.O.K. in Milbank before retiring.

Darrel was active in the community as a member of the American Legion, school board, county school board and township board.  He was also very active in his church, serving as a church deacon, church chairman and teaching Sunday school.

He rarely missed an activity or ball game his children were involved in.  He would have to milk the cows early that evening and typically make it just in time for the event.

Darrel was fun loving and always up for a game of baseball or basketball before chores and a thrilling game of hide’n’seek or a round of Rook when work for the day was done.   He had a quick wit and loved telling stories.  He was mischievous, kind hearted and humble.  He was a loving husband and father and a man of quiet strength and wisdom.  He had a strong faith and was a man of prayer.

The ice storm of December 2016 finally convinced Darrel that it was time to move off the farm and into Watertown.  He was thankful every winter there after that he didn’t have to go outside to do chores and move snow.  He continued to make trips to the Strandburg Café to visit with friends over coffee.  Visits from family and friends were always a highlight for him while he lived at Edgewood.

He was preceded in death by his loving wife of 62 years, his brother, Donald Lindahl and his parents.