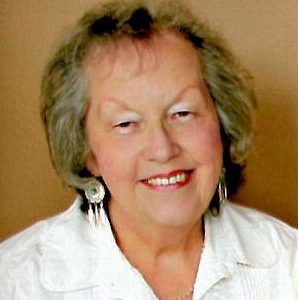 Funeral services will be held on Saturday, August 13, 2022, at 10:00 a.m. at American Lutheran Church in Milbank, SD. Visitation will be held on Friday, August 12, 2022, from 5:00 p.m. to 7:00 p.m. at Mundwiler Funeral Home in Milbank and will continue one hour prior to the service at the church on Saturday. Rev. Justin Neugebauer will officiate the service and interment will be at Milbank City Cemetery.

Margaret’s first job was cleaning lake cabins at Schmidt’s Landing on Big Stone Lake. Being the oldest of eight Martin siblings, Margaret learned at an early age how to be an exceptional caregiver and provider. With a loving heart, she would help her parents care for her younger siblings, including cooking and cleaning. Margaret babysat for several families in Milbank. One of her greatest joys in life was holding babies.

In 1965, Margaret married Marlow Oltman. They had two daughters, Annette and Angela Oltman. She worked at the JC Penney store in Milbank. She was the produce manager at Bill’s SuperValu. On April 22nd 1977, Margaret was united into marriage to Don Van Veen. Jason, Justin, and Jessica Van Veen were born.

Margaret loved to volunteer her time and help wherever she was needed. Her faith in God was at the center of her life. She was a faithful member of American Lutheran Church, where she was a Sunday School teacher, shared her talents as a quilter, and served on the board for Thrivent Financial for Lutherans. She often participated in community service projects including working in the kitchen at the annual Twin Brooks Threshing Show and volunteering at the Milbank Community Thrift Shop. Her proudest title was homemaker, where she could showcase all of her talents as a devoted wife and mother.

Margaret loved to listen country music and whistling along to her favorites. Margaret bowled on women’s league and couples league with her sweetheart Don. She enjoyed social time with her all friends at Weight Watchers meetings.

Margaret was known for her terms of endearment, calling every person “sweetie,” “doll,” or “hun”. She was a hard worker and perfectionist which could be seen through her countless works and hobbies. Margaret enjoyed everything in nature, especially animals and gardening. She was a conservationist who lived by the saying, “Waste not, want not.” She could make a dead leaf grow! She was especially famous for growing beautiful African Violets and often gave them as gifts. She was a talented painter with exceptional use of color. Margaret was an excellent seamstress who could fix any piece of clothing in need of TLC. She could sew anything you could imagine and made the most beautiful dresses. She did it all, even was known as the family barber. Baking and cooking were her strong suits. She was the “hostess with the mostest” and loved preparing delicious food. She was known for her cake decorating skills and her famous homemade buns. Also, it is important to note that there was always time for coffee. Some of her most cherished moments were sharing conversation with family and friends accompanied by a good cup of coffee with her home baked sweet treats.

Margaret’s devotion to family was strong. She and Don were an inseparable couple, proud of all of their children and grandchildren. Her beautiful memory will live on in family members and all who loved her.

Margaret was preceded into death by her parents, Eugene “Gene” and Anna (Huneger) Martin; her father and mother-in-law: Joseph and Cora (Boe) Van Veen. She is reunited, at last, with infant son, Douglas Van Veen and sister, Jackie Martin.