Gary Edwin Klempke, 76, of Browns Valley, Minnesota, passed away peacefully on the morning of Wednesday, August 24, 2022.  He was lovingly, attentively, and... 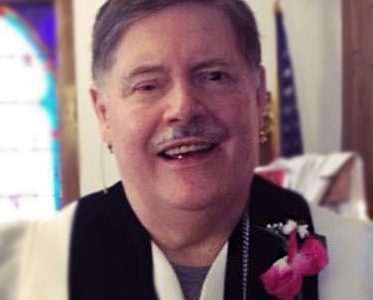 Gary Edwin Klempke, 76, of Browns Valley, Minnesota, passed away peacefully on the morning of Wednesday, August 24, 2022.  He was lovingly, attentively, and respectfully cared for by the nurses, doctors, and staff from both Coteau des Prairies Hospital in Sisseton, South Dakota, and the Prairie Lakes Hospice nursing team.  Family members were by his side throughout his hospice journey and at the time of his passing.

Prior to hospice care, the nurses and staff at the Prairie Lakes Dialysis Center also provided him with excellent, compassionate care.  He enjoyed spending time telling them some of his many stories.

The family is arranging for a gathering of remembrance and will announce the date when available.

Gary Klempke was born on March 21, 1946, in Minneapolis, Minnesota.  In the 1960s, he moved to Florida with his mother, where he graduated from high school and joined the United States Marine Corps in 1964.  As a Marine, he served in the Vietnam War.  Thankfully, during his lifetime, he was able to visit the Vietnam War Memorial in Washington, D.C., and etch with honor the names of the fallen heroes he dearly missed, along with the POW-MIAs that he never forgot.  He had previously served as POW-MIA Chairman for Minnesota’s Seventh District.  Gary was formerly an active member of his local American Legion and Masonic & Shriner Clubs, organizations for which he proudly served during his time with them.

In the 80s, 90s, and early 2000s, Gary was a well-respected Police Chief for the City of Browns Valley Police Department.  He hired and trained many great officers at the very start of their law enforcement careers; many of whom still serve in the law enforcement field across the state.  While being a full-time Chief of Police, he also worked part-time for Traverse County Social Services as a Child Support Officer, helping many families in his communities get the financial care and support they needed.

In the 90s, Gary began a journey toward a new career.  An avid reader of military and history books, he began to focus on studying the Bible.  After attending seminary school in the early 2000s, Gary became a Pastor for the United Methodist Church.  He served some local communities like Veblen, South Dakota, before receiving an appointment to the Frazee and Vergas United Methodist Churches in northern Minnesota, where he ministered to both congregations for ten years.  Due to health concerns, he retired in 2013 and moved back to Browns Valley with his wife and devoted caregiver, Virginia “Ginnie Mae” Klempke.

Gary and Ginnie Mae were married in Browns Valley, Minnesota on Valentine’s Day:  February 14, 1986.  He helped raise Ginnie Mae’s young twin girls, Tami and Tina, and for the rest of his life, they were a family.

Gary was preceded in death by his parents Edwin and Chrystine (Hirschfield) Klempke; an infant brother; his mother-in-law Virginia (Lanham) Bigelow; and his sister-in-law Jullie (Bigelow) Swanson.  He is survived by his wife Ginnie Mae; daughters Tami, Tina, Rhonda, and Teresa; his sister Doreene (and Norm) Berning; son-in-law Abel Sabrowsky (married to Tina); brother-in-law Chet Bigelow; sister-in-law Lynn (and Tim) Vogel; sister-in-law Christy (and Jim) Johnson; Rhonda and Teresa’s children and grandchildren; his many nieces and nephews; and beloved cats:  Robert, Keke, Moe, Eenie, and Ozzie.

Letters of condolence may be sent to: