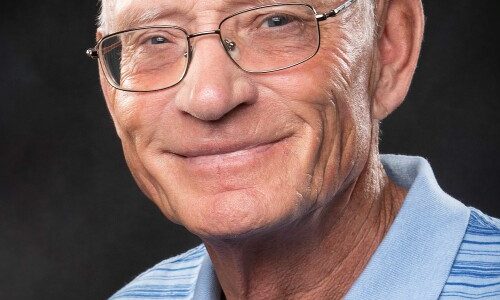 Funeral services will be held on Saturday, September 24, 2022, at 2:00 p.m. at Living Word Lutheran Church in Milbank, SD. Visitation will be held on Friday, September 23, 2022, from 5:00 p.m. to 7:00 p.m. with a time of sharing beginning at 7:00 p.m. at Mundwiler Funeral Home in Milbank. Visitation will continue one hour prior to the service at the church on Saturday. Rev. Melanie Reiners will officiate the service and interment will be at Evergreen Cemetery in Stockholm.

Dennis Duane Schmig was born on December 30, 1944, in Webster, SD, to parents, Earl and Dorothy (Pierce) Schmig. He grew up on the family farm and attended high school in South Shore, graduating with the Class of 1962.

After graduating, Dennis worked in a meat packing plant and drove milk truck from 1968 through 1970. He had also gone south with a combining crew one summer. In 1968, Dennis started farming. Along with farming, he worked as an AI technician and eventually sold semen for an AI company for 25 years.

In 1965, Dennis married Patricia Thompson. They settled on a farm near Stockholm and were blessed with four children: Theresa, Denise, Nathan and Becky.

When Dennis started farming, he bought commercial cows, mostly Shorthorn but he knew if he was to survive in the cattle business, he was going to need more pounds of beef to sell so he became interested in the Simmental breed. When he got his first half-blood Simmentals into production, he went entirely to Simmental. He joined the American Simmental Association in 1975. At first, he sold cattle private treaty and through the farm shows. He had his first production sale in 1984 and has been holding an annual production sale at the ranch for 39 years.

In January of 1982, Dennis met Joanne Boone and in July of that year they were married. He gained two more sons: Bob and Roy Boone. Since their marriage, Joanne and Dennis were the best of friends and partners and he continued to run the ranch with help from time to time from family, great friends, and neighbors who he helped back and forth with working cattle, weaning, and anything else they needed help with.

Dennis enjoyed visiting and could talk to anyone and everyone. He enjoyed his breakfast time at Alice’s and his coffee time at Living Word Church every Thursday morning. He was a well-read, forward thinker and often times carried the weight of the world on his shoulders concerned about the future and what changes were to come. He will be dearly missed by his family, neighbors, fellow ranchers, and dear friends.

He was preceded in death by his parents; daughter, Theresa Schmig; sons: Bob Boone and Roy Boone; brother, Leo Schmig; and sister, Deborah Schmig in infancy.