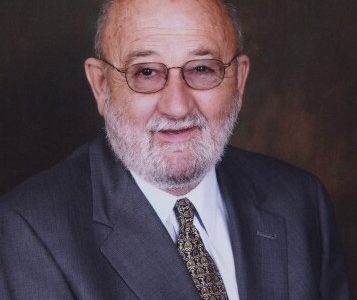 Funeral services will be held on Friday, September 23, 2022, at 2:00 p.m. at American Lutheran Church in Milbank. Rev. Justin Neugebauer will officiate. Visitation will be held at the church on Thursday from 5:00 p.m. until 7:00 p.m. Visitation will continue at the church one hour prior to the service on Friday. Burial will immediately follow the funeral service at the Milbank City Cemetery.

Rudolph Alfred Nef was born on August 26, 1933, in Milbank, South Dakota. He was the son of Swiss immigrants, Alfred and Hedy (Menzi) Nef. Rudy started working at Valley Queen Cheese Factory at nine years of age, wrapping butter for 50 cents per hour. He graduated from Milbank High School with the Class of 1951, and went on to graduate from Iowa State University with a degree in dairy science in 1955.

Rudy served in the United States Army from 1955-1957, and was stationed in Karlsruhe, Germany which allowed him to visit family in Switzerland. He returned to Milbank and began his full-time employment at Valley Queen in 1957. In 1970, Rudy and Max Gonzenbach took the reigns from their fathers, the two Alfreds, who founded the company in 1929. Rudy retired from Valley Queen in 1998 and continued as a board member until 2019.

Rudy was united in marriage with Marilyn Elizabeth Wenzel on December 23, 1961. Rudy and Marilyn were blessed with five daughters.

Rudy served as a Grant County Commissioner from 1975-1990, as Milbank’s Mayor from 1991-2001 and on the South Dakota Board of Regents from 1999-2004. He was a faithful member of American Lutheran Church. Rudy served on many committees and received several honors, however, if you asked him what he did, he simply would answer, “I was a cheese maker.”