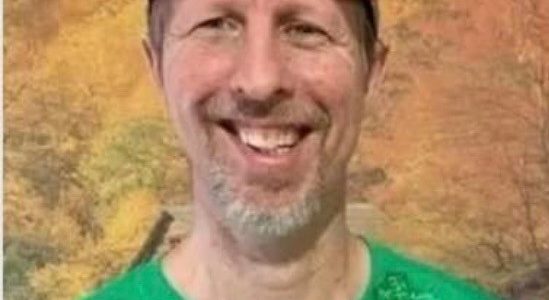 Jason “JJ” Jurgens, age 47, of Corona, SD, passed away on Thursday, September 22, 2022, at his home after a courageous battle with cancer.

Jason Timothy Jurgens was born on July 18, 1975, in Milbank, SD, to parents, Timothy and Donna (Buchele) Jurgens. He attended school in Milbank and graduated from Milbank High School with the Class of 1993. Following high school, Jason attended three years of college at South Dakota State University.

Living in the Milbank area his whole life, Jason made a change and moved to Wilmot, SD, in 1999. He relocated from Wilmot to Corona, SD, in 2006 and made Corona his home until his passing. Jason worked various jobs, worked at Jurgens Implement, and gained employment at Unzen Motors until his illness no longer allowed for him to work.

On December 8, 2001, Jason was united in marriage with Kathy Winge at First Presbyterian Church in Wilmot, SD, and he gained a son, Troy Winge. Together, Jason and Kathy had two more sons: Brock and Wyatt.

Jason was a proud member of the Corona Fire Department, the Corona Community Club, and Sons of the American Legion. He enjoyed hunting and fishing whenever he had the opportunity. Jason was an enthusiastic collector of toy tractors and loved going to auction sales. He was a die-hard fan of the Denver Broncos and the Atlanta Braves. In Jason’s opinion, there was nothing better than a Chevy, especially if it was a truck.

Jason’s health struggles began early in his life when he was diagnosed with Juvenile Rheumatoid Arthritis. Later, he was diagnosed with Myasthenia Gravis and doctored for several years and the University of Minnesota and Shriner’s Hospital in St. Paul, MN. In 2020, Jason received a liver transplant and was later diagnosed with cancer. At a time that can be very difficult to get through, many families of organ donors take consolation in knowing their loved one helped save other lives. Becoming a donor can make a difference in improving the quality of life for many people.