Terrance J. Price, 67 of Britton, passed away Tuesday, September 27, 2022 at his daughter’s home in Milbank under the care of hospice and... 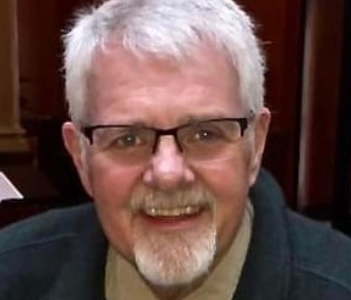 Terrance J. Price, 67 of Britton, passed away Tuesday, September 27, 2022 at his daughter’s home in Milbank under the care of hospice and surrounded by family.

A Mass of Christian Burial for Terry will be 10:30 am Friday, October 7 at the Abbey of the Hills – 46561 147th St. – Marvin, SD. Rev.Fr. Mike Kelly will officiate, and interment will be in the Milbank City Cemetery in Milbank, SD.

Visitation will be from 4-7:00 p.m. Thursday, October 6 at the Price Funeral Chapel in Britton and will continue one hour before the service at the Abbey of the Hills on Friday.

Terrance J. Price was born December 18, 1954 in Milbank, SD to John Francis and Marjorie Twilight (Anderson) Price. He attended K-12 schooling in Milbank and graduated from Milbank High School in 1973. At an early age, he found his passion for music and would expand those talents participating in chorus, playing the trombone in the band, and having roles in the school plays. Terry had a natural gift of playing by ear and later honed his skills through years of lessons.

Following graduation, he took a year off before college and worked for Jim Emanuel at the Emanuel Funeral Home in Milbank. Working for the Emanuel family helped him realize his calling to the funeral business.  He began the process of becoming a funeral director by first attending Northern State College in Aberdeen from 1973-1976 studying pre-mortuary science. From there he went to San Francisco College of Mortuary Science and earned his mortuary degree in June 1977. He became a licensed funeral director/embalmer in August 1977.

Terry always expressed his greatest treasure was meeting Pamella Puetz, the love of his life. The moment he met Pam, he knew she was a caring and loving person, and he was naturally drawn to her. They were happily married on September 19, 1981 at St Joseph’s Cathedral in Sioux Falls, SD. The couple anxiously waited for 7 years to start their family, and they were blessed with their first child Katie in September 1986.  After 6 weeks of absolute joy, Katie passed away from SIDS. Two years later they were thrilled with the birth of their twins, Robb and Betsy. An added blessing, their fourth child, Scott, would arrive 18 months later. Terry and Pam referred to their children as miracle babies and felt so honored to be their parents.

In 1993 Terry was offered a job from John Scott in Britton who owned Franzen Funeral Chapel.  Terry’s lifelong dream of owning his own funeral home became a reality in January 1999. He successfully operated Price Funeral Chapel for over 23 years and will be remembered for his heartfelt services and his giving nature to all the families he was entrusted with during his time as a funeral director.

Terry shared his musical talents by singing in choirs, playing the organ for many churches, singing at funerals, and was always willing to grace people with his gift in any way he was able. He was a member and director of a 42-man barbershop group for many years! Along with his musical talents, he was an overall creative person.  He found comfort in working on Tunisian crochet afghans (taught to him by Grandma Emanuel), needlework, baking pies, word games, and handmade projects for loved ones. Terry loved to make others laugh and always had a funny story or a good joke ready to go. His compassion for serving others was evident in his community involvement and by serving on various boards. He had a natural generous spirit and caring heart that will be missed by many.

Terry was a man of many talents but what he enjoyed most was spending time with his family. His hobbies expanded to include those of his loved ones.  As his kids grew, Terry was right on board for hunting with Scott, tinkering in the garage with Robb, or learning about the farm and cattle with Betsy. Any way he could spend time with his kids was time well spent in his eyes. But his greatest blessing would be being grandpa/papa to his grandchildren, Lincoln, Myah, Wyatt and Claire. His love for Pam, their children and grandchildren is a love that will be felt forever.

He is survived by his wife, Pamella; their children and their spouses: Robb (Gabbie) of Harrisburg, SD, Betsy (Andrew) VanLith of Milbank, SD, and Scott (Ashley) of Castlewood, SD; his grandchildren: Lincoln and Myah Price and Wyatt and Claire VanLith; his sister, Jamey Price of Columbus, NE; and his brothers: Tom (Pat) Price of Sioux Falls, SD and Todd Price of Minneapolis, MN.

He is preceded in death by his parents; his infant daughter, Katie; his brothers: John “Jackie” (Mary) Price and Tim Price; his in-laws George and Mavis Puetz; his brother-in-law Scott Puetz.

In lieu of flowers, the family suggests memorials be given to one of the following charities

An online guestbook and obituary are available at www.pricefuneralchapel.net.