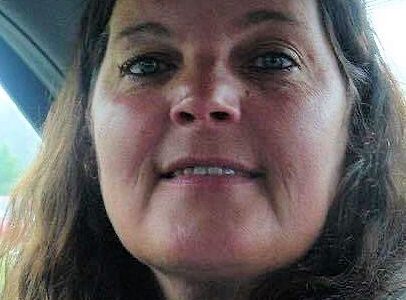 Funeral services will be held on Saturday, October 22, 2022, at 1:00 p.m. at Valley Baptist Church in Milbank, SD. Visitation will be held on Friday, October 21, 2022, from 5:00 p.m. to 7:00 p.m. at Mundwiler Funeral Home in Milbank with a prayer service and time of sharing to follow. Visitation will continue one hour prior to the service at the church on Saturday. Pastor Brian McFaden will officiate, and interment will be at Milbank City Cemetery.

Carol Ann (Hawkinson) Monnens was born on November 12, 1964, in Milbank, SD, to Earl and Marilyn (Miller) Hawkinson. She grew up in the Milbank area and attended school there. Carol later moved to Minnesota and then to Wisconsin.

On February 1, 1991. Carol was united in marriage with David Monnens in Superior, WI. Together, they raised their children in the Superior area until moving back Minnesota for a short time. The family moved to Summit, SD, where Carol’s mother was residing, and finally settled in Twin Brooks, SD, in 1996, making it their home until her passing.

Carol was a kind, loving, God-fearing, beautiful woman. She was always trying to be helpful and was so selfless; she would give the shirt off her back if she knew that would help someone in need. Carol was fun-loving and honest, she was the greatest confidant and was always there to offer advice. She was a child at heart and was really into video gaming. Carol was a funny person and she could be goof. She enjoyed trail rides and Bible Study. Carol had such a tender heart for animals of any kind but especially dogs and horses. She had the biggest passion for horses. Carol adored her children and grandchildren and most of all, she loved to spend time with her best friend, David.