Richard Schamber, age 59, passed away on Monday, October 24, 2022, at his home in Milbank, SD. Funeral services will be held on Friday, October... 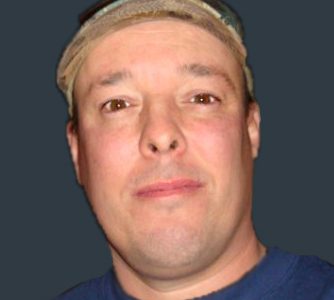 The service will be livestreams and recorded and will be viewable below this obituary.

Richard John Schamber was born on May 31, 1963, in Ortonville, MN. He was the son of John and Eileen (Weeden) Schamber. He had seven siblings. He was baptized at Our Savior’s Lutheran Church in Wilmot, SD, and confirmed at Emanuel Lutheran Church in Milbank, SD. Richard attended Milbank High School and went on to Lake Area Tech for Machine Tool. Richard worked at Valley Queen Cheese in Milbank.

Richard married Ginger (Davis) Dent on July 25, 2015, at Emanuel Lutheran Church. They enjoyed many activities together including golfing, hunting, playing darts, camping and fishing. He was a big Vikings fan and they loved to watch football both on tv and at the games. Richard cherished the times he was able to spend playing cars with his grandson, Kasyn.

Richard and Ginger also enjoyed motorcycling and especially enjoyed the fundraising poker runs including Make-A-Wish runs in Watertown and Sioux Falls, the DAV run in Brookings, and Mitchy’s Poker Run.