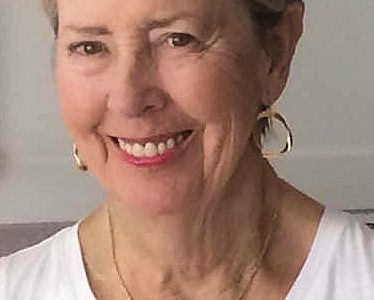 An open house memorial service will be held on Saturday, November 12, 2022, from 11:00 a.m. to 1:00 p.m. at Mundwiler and Larson Funeral Home in Ortonville, MN. Following the open house, the inurnment will take place at Mound Cemetery in Ortonville.

Larrie Bea Bush was born on April 17, 1941, to parents, Clarence Bush and Beatrice (Sheppat) Bush in South St. Paul, MN. She was baptized into the Roman Catholic Church as Lorencia Beatrice at the Church of St. Augustine on January 2, 1944. She married Clinton George Schultz on July 16, 1960. Their marriage was full of children (6) and moving houses (at least 17). She worked alongside Clint in several grocery stores they owned in Minnesota and South Dakota. They moved back to Ortonville and the house on Big Stone Lake before moving to Gordon, TX, for a brief time in the early 80’s.

Settling once again in Ortonville, she helped Clint Sr. and Jr. at their shoe repair shop for several years—as an intrepid seamstress, she mainly patched all sizes and types of canvas and replaced hundreds of zippers in jackets and snowmobile suits using equal parts of cursing and stubbornness. In the last of their years together, Clint and Larrie Bea spent time each winter in Lillian, AL, and moved there shortly before Clint’s death in 2000. She surprised her family by driving back to Alabama accompanied by her sister-in-law and bestie, Donna. Soon after, she was visited by an old schoolmate, James Oase, and they were married later that year. Missing her children, Larrie Bea and Jim moved back and landed in Milbank, SD, spending their winters in Mesa, AZ. After several years, they decided to move back to Alabama with the thoughts of low maintenance townhouse or condo living. Her family wasn’t really surprised that to Larrie Bea, ‘downsizing’ meant buying a house that was larger than her previous house.

Larrie Bea had unshakeable faith and made time every morning to read her Bible and say her prayers. She may not have attended church every Sunday, but she did her best to instill a strong faith in all of her children and grandchildren. That faith was not dampened by her own losses; she was surprisingly strong after losing her youngest son, Craig, in 1993, and her oldest son, Clint, in 2019. She had a soft heart and felt others’ tragedies as if they were her own. Her smile was beautiful, and she had one for everyone. Besides her family, she loved growing flowers, shopping for antiques, shoes and purses, improvisational cooking, putting together jigsaw puzzles with her puzzle group (Amy and Riley), and reading books. A love of reading was another thing she instilled in her family and while she let them read whatever they wanted, she also didn’t let them get by with not going to the basement to switch the laundry because they had just read a horror novel and were terrified to go down there. She, herself, wrote, illustrated, and published a children’s book. She was a talented artist and painted some really gorgeous landscapes. She was generous and gave faithfully to good causes and in typical Larrie Bea fashion, took her daughters, along with Donna, to Ireland, where much craic and many memories were made.

In every house her family lived in growing up, Larrie Bea taped a Henry Wadsworth Longfellow quote to the bathroom mirror where she knew they would see it while brushing their teeth every day and hoped they’d follow its advice. She must have as well. In thinking of her last days, they’re bittersweet:

“Look not mournfully into the Past. It comes not back again. Wisely improve the Present. It is thine. Go forth to meet the shadowy Future, without fear, and with a manly heart.”

She did exactly that.